With 19 wins separating the San Antonio Spurs (27-9) and the New Orleans Hornets (8-25), it should be an easy win from a fan's standpoint.

From a player's standpoint, Tim Duncan knows better and his San Antonio Spurs aren't going to think underestimate the Hornets.

Their coach, Monty Williams, comes from the Spurs' organization and was influenced by Duncan's head coach Gregg Popovich. If Monty is anything close to Pop, the Spurs know that they'll have a Hornets team ready to play despite their record:

"They are a very well coached and they're coached to play hard. They have some really good talent."

The Hornets have been a challenge to San Antonio the last two meetings this season, both games were extremely close at the end.

In game one, the Spurs squeaked by with a 99-95 win and an equally close 99-94 win in game two. The Hornets were without their star shooting guard Eric Gordon and he's slowly getting into playing shape with more minutes. 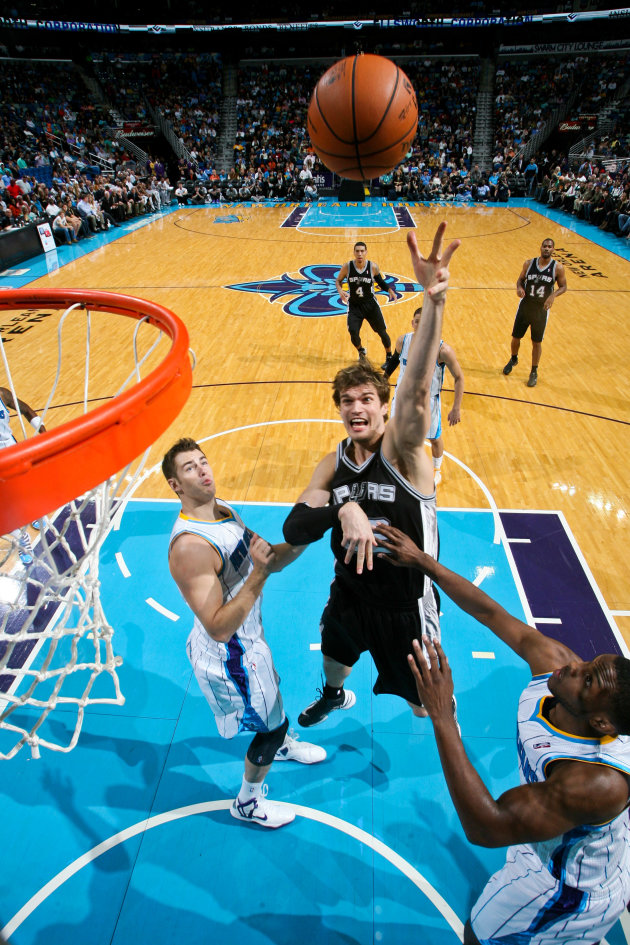 It'll be a difficult task for San Antonio since they haven't played the Hornets with Gordon in their lineup and that'll change their offense and defense significantly. Their youth is what makes them dangerous on the court, which brings an energy San Antonio can't match with their veteran core.

Duncan knows that they are at a disadvantage against the Hornets and they'll command respect.

"We're going to respect them and go in there and hopefully play well against them."

Nothing is a given in the NBA, especially for the Spurs who have had the experience of witnessing large leads and series leads disappear from them. This veteran squad and its mix of youth will play the Hornets smart and the respect factor is the key to that.

Duncan and his Spurs have to use their veteran smarts against Anthony Davis and his Hornets' inexperience. The Spurs will get their open shots and they're not guaranteed to fall every night.

That's happened to the Spurs plenty of time. Duncan knows when he said they "hope to play well against them," the defense will play the biggest role and that's how the Spurs will show their respect for the Hornets.