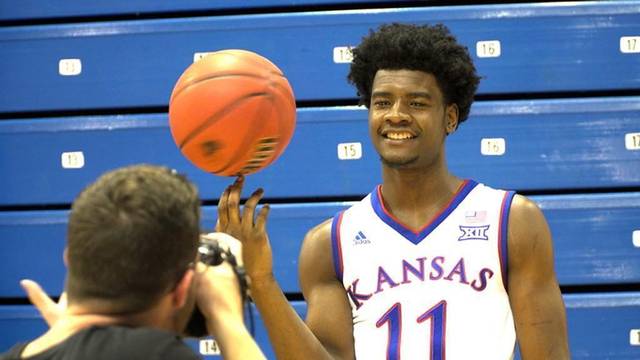 The San Antonio Spurs have gotten used to picking late in the NBA Draft each year. That’s thanks to a nice little playoff run that’s gone on for almost 20 years. There have been some exceptions where the Spurs actually draft inside of the lottery — the biggest one being the selection of Kawhi Leonard thanks to a trade with the Indiana Pacers for George Hill — but for the most part, the Spurs have had to find diamonds in the rough and second round gems.

The Spurs are of course particularly good at this having found several All-Stars and All-NBA’ers late in the NBA Draft. Manu Ginobili (57th overall pick in 1999) and Tony Parker (28th pick in 2001) come to mind. But the Spurs have also drafted great players who have gone on to play well for other teams like Luis Scola, Leandro Barbosa and Goran Dragic. So now the Spurs will likely have to do that again this year with the team looking destined for another playoff run even this early in the season.

While many people would love to get excited about who to watch in the college ranks so they know what to expect in the draft, allow me to help you narrow it down. Here’s a list of guys you don’t have to worry about at all because they will definitely not be available to the Spurs picking so low. Now if you want to watch these guys to see what you’re missing out on, that’s your prerogative, but these guys are all likely to be lottery picks.

There are a few other guys playing overseas that are likely to be lottery picks, which is why this isn’t a complete list of 14 guys. Stay tuned for the rest of the year as the college basketball season is set to start on Friday and there will be plenty of tape to watch on prospects who could actually get drafted by the Spurs come June of 2017.