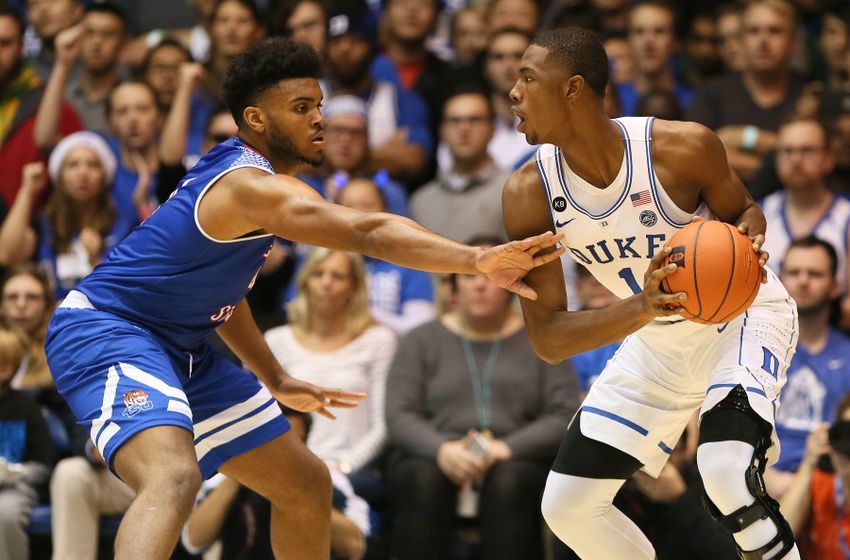 The San Antonio Spurs have secured yet another 50-win season and have already locked a position in this season’s playoff picture. They’ll have to overcome the loss of LaMarcus Aldridge due to a minor heart condition, but the Spurs are still likely to be picking late in the first round of the upcoming NBA Draft in June. I’m here to help you scout the college basketball talent that the Spurs could be targeting with that pick.

This week’s prospect is a bit of a stunner, as he was actually the No. 1 recruit according to ESPN. Duke’s Harry Giles was supposed to be one of the best prospects anyone has ever scouted, but he has undergone surgery for a torn ACL and MCL in his left knee, as well as a torn ACL in his right knee. The first surgery happened before his sophomore year of high school while the second was right after his first game of his senior year in November of 2015. He also had to have a third surgery, which was arthroscopic, on his left knee this past October.

Knowing all that, most scouts had their expectations tempered for him when he did eventually make his debut later in the season for the Blue Devils. It took some time to get him properly conditioned to playing in the college game, but he has shown flashes of the brilliance that scouts were talking about as he’s gotten his endurance up and has gotten some of his former athleticism back as well. Here are some of his numbers (all are per-40 minutes):

Those numbers may understandably not wow anyone or jump off the screen, but his draft free fall may be a blessing in disguise. Were he to land with the Spurs, he would likely be given the time he needs to fully come back from his injuries with absolutely no pressure and he could potentially be learning about how to play the modern center and power forward positions from guys like Pau Gasol and Aldridge.

When Giles was at full strength, he was a multiple threat scorer, able to hit a shot from all three levels on the court. His high school highlights would show that, but you haven’t seen much of it at Duke because he doesn’t need to do all those things right now. His primary role is to be an energy guy off the bench and get some crucial boards and maybe get some points off putbacks. That’s all fine and dandy, but he is certainly capable of more than that when given the chance, and he may find himself given that opportunity in the NCAA Tournament.

He could be available to the Spurs should his time stay limited though and therefore his stock would stay down. Of course, there might be a team willing to take a chance on him early in hopes that he lives up to the potential, but as one of the last picks in the first round, Giles would be a pretty great steal for the Spurs. Especially, if Dewayne Dedmon ends up opting out of his contract this summer and finding a better deal elsewhere.