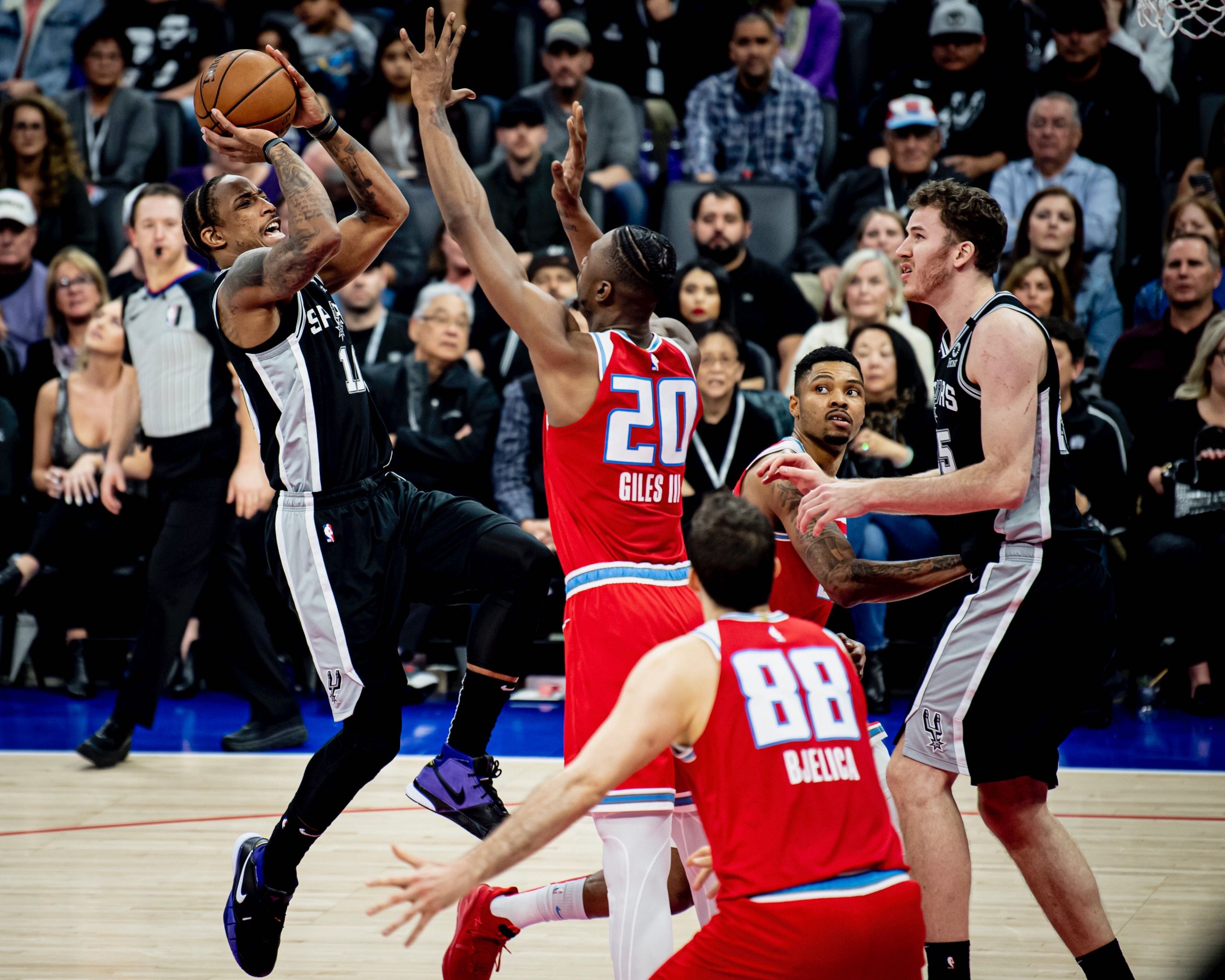 Wednesday, Trey Lyles joined LaMarcus Aldridge on the injury list and now, the San Antonio Spurs will have different lineup combinations they’ll have to look at using.

First let’s take a look at the available 4s and 5s for the restart.

The Spurs will also have the option of using some of their wings in small ball lineups. Spurs Head Coach Gregg Popovich had already been experimenting with small ball lineups prior to the season being suspended when he put DeMar DeRozan, Marco Belinelli, and Keldon Johnson at the 4 in different situations.

That was applied sometimes to the 5 too, where Gay found himself as a small ball 5 in certain lineups.

Not only could the frontcourt have some lineup changes, you may see it in the other guard spots as well.

This was the Spurs’ usual rotation prior to the suspension, but taking into account the loss of Lyles and Aldridge.

The opponents the Spurs play may also dictate how the lineups are set. In some games, they’ll see more traditional centers like Joel Embiid of the Philadelphia 76ers, Rudy Gobert of the Utah Jazz, and Nikola Jokic of the Denver Nuggets.

In other games, they’ll see Zion Williamson of the New Orleans Pelicans or the Houston Rockets, who don’t even use a starting center.

The three scrimmage games from July 23-31 will be the first hint of the direction Popovich is likely to go in, very much how preseason games often provide hints of what lineup combinations may look like.

Though the path to earning the 8th seed is a difficult one, watching the different lineups that are used could be interesting for the eight games and how they could be used at times next season.