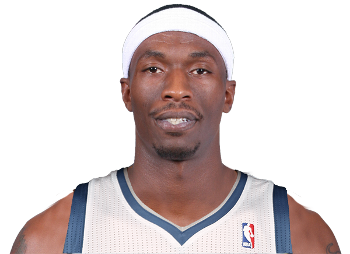 Howard to San Antonio for a visit, and likely a recruiting spiel, the Jazz could be close to bringing Howard back into the fold with the Jazz.

Five years ago, this would have been heart breaking news for Spurs fans. But after fans chimed in against the Spurs recruiting the former all-star, whose best days are behind him, I can almost hear the sighs of relief as I put these words to digital paper.

According to the report, posted on bettor.com via the Salt Lake Tribune, while nothing is confirmed, both parties have mutual interest in Howard going back to Salt Lake City for his second season with the Jazz.

Josh is still without a team for next season, and worked out for the San Antonio Spurs a few days ago, but the Jazz are reported to be nearing a deal to bring him back.
The Salt Lake Tribune has reported that the Jazz and Howard have reached a mutual agreement, hinting that he may very well return to the Salt Lake City next season.

Best intentions and mutual interest aside, bringing back Howard could cause for some other roster changes on the Jazz roster. Similar to the Spurs, the Jazz are stockpiled with swingmen, but are looking to add some veteran leadership to the group they already have in place, including Gordon Hayward, Marvin Williams, DeMarre Carrol and Jeremy Evans .
If the Jazz and Howard work out a deal, it'll be the second time Howard has chosen Utah over San Antonio. A season later, though, the Spurs look to have come out better, with Kawhi Leonard's emergence and retaining Danny Green after a proposed swap.
While the Spurs hoped to add another veteran to their young duo of Leonard and Green, Spurs fans seem to be happy with Stephen Jackson in that role.