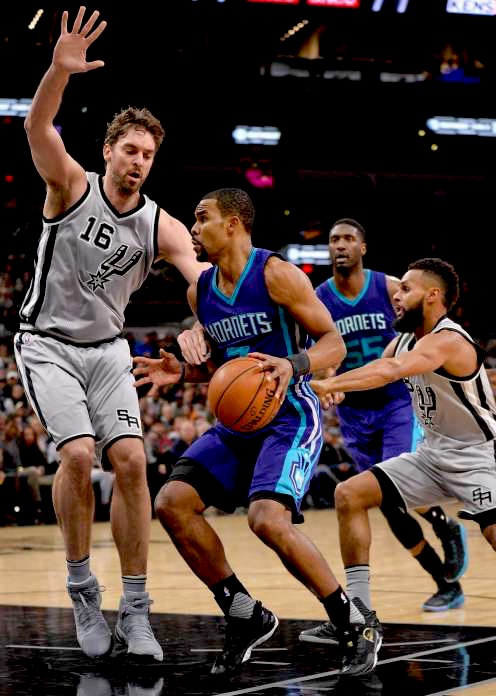 AT&T CENTER – Last year, from the start of the season to January 9, 2016, a Saturday, there were 11 NBA teams holding their opponents to under 100 points per game on average.

Fast forward a year later, and from the start of the season to January 7, 2017, a Saturday, there are just four teams holding teams below 100 points per game.

At a time when a good number of teams are aiming for layups and more 3-point attempts, there’s been a scoring boom across the NBA, as the chart below shows.

Whether you’re the best, average or worst scoring team in the NBA, you’re scoring more this season than at this point in time last season. For the San Antonio Spurs, despite seeing their defensive anchor Tim Duncan retire, Boris Diaw get traded, and David West leave in free agency, they’re still the most efficient team defensively in the NBA after 37 games, as the Spurs are holding teams to 101.0 Points Per 100 Possessions.

This season’s Spurs have added three new core players in Pau Gasol, David Lee and Dewayne Dedmon, while Jonathon Simmons’ role has also increased much more too. While this season’s Spurs’ defense isn’t as dominant as last season’s team, it’s still good enough to be the best in the league after 37 games.

Saturday, San Antonio held the 13th most efficient offense in the NBA coming in – the Charlotte Hornets, to just 85 points in 48 minutes. The Hornets became the 7th team this season the Spurs have held below 90 points in a game. As you’ll see from the chart below, the Spurs have held more than half of their opponents below 100 points already this season, after 37 games.

For the Spurs, Saturday’s third quarter against the Hornets showed when their defense is usually in its shut down mode for offenses, as the Spurs held the Hornets to just 14 points in the third quarter. The next table below shows the Spurs’ Defensive Rating by each quarter, and as you can see, that third quarter defense makes San Antonio lock down teams even more than last season’s top ranked defensive team, which held opponents to 96.6 Pp/100 during the season.

Combined with the fourth most efficient offense (110.6 Pp/100), the Spurs are on pace for 66 wins this season, and when a team has a top-5 offense and defense, they can put themselves in the conversation of elite teams and championship contenders.