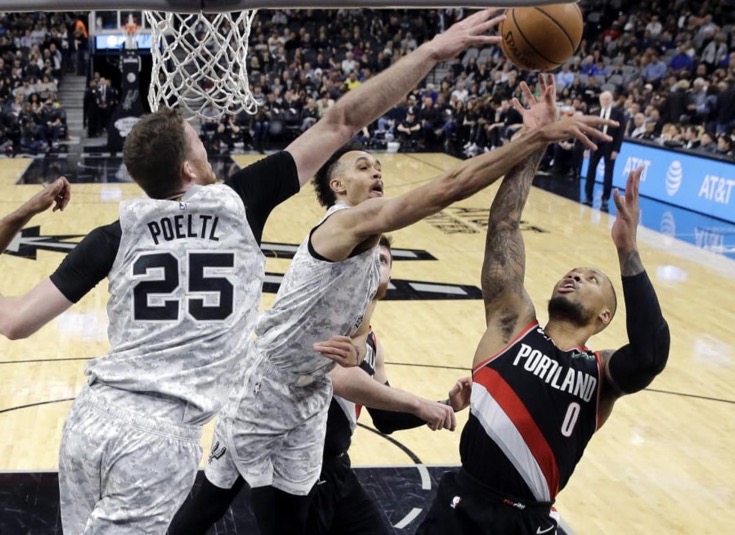 Here were some of their quotes on a number of topics.

“It feels great to be back in the gym, it’s like a comfort zone for me,” said White of participating in individual workouts. White said he feels like he’s not in basketball shape, despite trying to exercise while in quarantine.

When the Spurs resume play, they’ll be missing one of their key players in LaMarcus Aldridge, who is out for the rest of the season due to injury. White said the players will have to step up and most importantly, Jakob Poeltl.

“We don’t have LA, Jakob (Poeltl) for sure’s going to have to step up,” said White.

White did joke though, “I think Jak has been working on his turnaround jumper.”

Asked what the environment will be like to play without fans, White said, “It’s gonna be like a pick-up game. Everybody will get used to it.”

White said since players can’t yet play 5-on-5, it’s going to take a few weeks before players get back into game shape and have their feel for the game back.

White said despite not having Aldridge, the Spurs will still try to compete in their push for the playoffs while in Orlando.

“We only have eight games, so let’s try to make something happen.”

White also spoke about the social injustice taking place in the country, saying, “it’s not comfortable talking about race issues,” but he said if people educate themselves and have those difficult discussions, change can take place.

White has also been developing custom shoes honoring Elijiah McClain, who was killed by police last year in Colorado. On why he’s focusing on McClain, White said, “I’m in Colorado and he’s a Colorado guy. What happened to him was tragic and sad. I just want to honor him and his family.”

With Aldridge out, the Spurs recently signed Zeller for frontcourt depth while in Orlando.

“It’s been wild,” said Zeller of quickly moving to San Antonio, undergoing coronavirus testing, and getting in the gym this week.

Zeller said he hasn’t been able to meet all his new teammates yet, only the other three players he sees on the workout rotation schedule. He said he’ll finally meet all his teammates next week when the team flies to Orlando.

“Hopefully I’ll be able to show my way in,” said Zeller of playing in the eight seeding games. He also said he’ll be part of training camp for next season’s team, which is scheduled to take place in November.

As for what he’ll bring to the team, he said he’s a player who will “play hard, work hard, set good screens.”