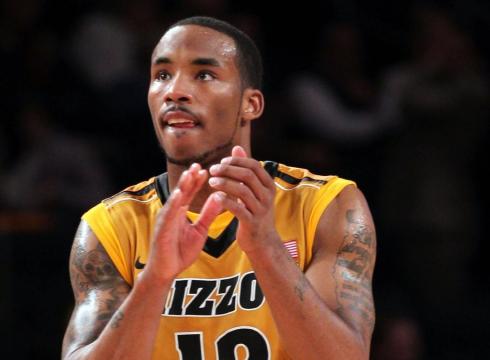 surgery to repair his broken right foot where a metal rod was placed in his foot to strengthen it and to avoid further injury.

That was then and this is now.

After a long rehab process for Denmon, he is finally cleared to return to the practice court according to French site Le Journal.

"He's very excited. There is already talk of playing against Dijon. He really wants to prove something, but everyone must be patient.," said Elan coach Gregor Beugnot.

Coach Beugnot and the team's doctor all agreed Denmon should not be rushed back to the court considering he has been away from the court for three months.

And of course, Denmon is excited and took to Twitter to show his emotions.

Don't call it a come back