Just as the Austin Toros are about to gain a player in Spurs rookie James Anderson, they lost a player today in veteran forward Eric Dawson. 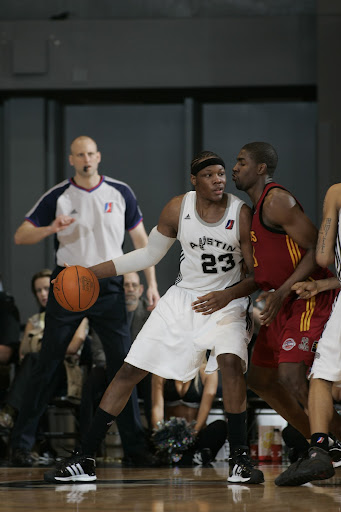 Dawson, a regular on the Toros roster for the last four seasons, followed in the footsteps of Maine’s Paul Harris and Reno’s DJ Strawberry leaving the D-League to play overseas following the heavily-scouted D-League Showcase in South Padre Island last week.

Dawson, who played for the Spurs summer league team in Vegas, will now be playing for his former team, KCC Egis, according to Dawson’s Toros teammate Michael Joiner.

“He went back to his former team, KCC, over there,” Joiner said. “He had a good showing at the showcase and they called him back. I miss my boy out there with me.”

Dawson averaged 15 points and 7.5 rebounds for the Toros who went a perfect 2-0 at the showcase. This season, Dawson was averaging 7.4 points and 5.1 rebounds per game.

In the latest episode of Squeak TV, a video blog hosted by Toros guard Carldell “Squeaky” Johnson posted regularly here on Toros Nation, Dawson was featured as he was flying back to Austin from Utah after his final game with the team.

“He’s like a brother to me,” Johnson said. “We’ve been through the ups and downs together, but I’m happy for him.”

“We’re losing a soldier but we’re happy for him.”

Note: Jeff Garcia got a chance to sit down and talk with Dawson while he was covering the Spurs summer league team. Read his one-on-one interview with Dawson over at our sister site, Project Spurs.