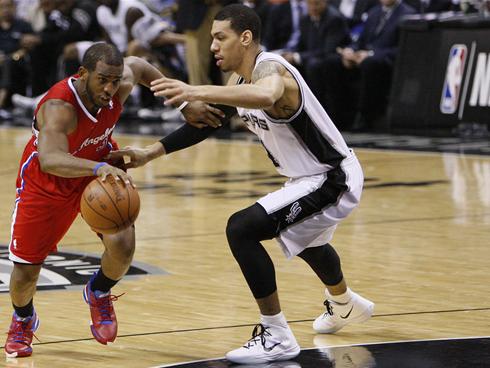 The regular season is nearing and the San Antonio Spurs will be in the hunt for title number five but unlike their championship teams, the team's defense isn't as strong.

Their best defender is arguably Kawhi Leonard with Tim Duncan following but after that, the team is made up of decent defenders but not the type to bring the Spurs back to their past defensive ways which led them to four titles.

During training camp, the Spurs have been stating defense is being stressed such as Manu Ginobili but Danny Green also feels the team needs to improve in this area adding pick-and-roll defense as a weakness last season.

The Thunder ran the pick-and-roll during last season's playoff series which ended up in the Spurs losing 4-2 in the Western Conference Finals. Moreover, the Spurs defense has slipped in recent years.

The Spurs and Green will have one more preseason game to strengthen their defense tonight versus the Wizards before the regular season begins. And if they do plan on a long march in the playoffs, well as the say, defense wins championships.