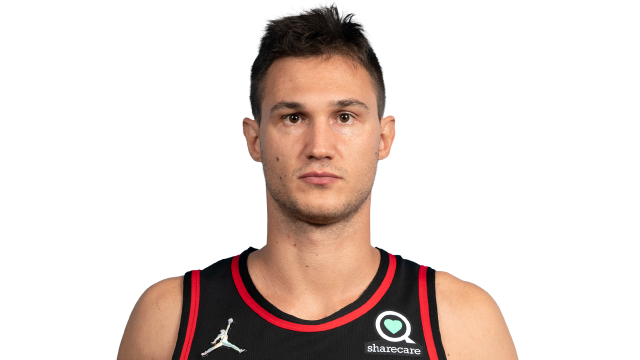 Friday the San Antonio Spurs waived Danilo Gallinari before his contract became fully guaranteed. While the Gallinari news was being made public, the Spurs were participating in their first Las Vegas Summer League game against the Cleveland Cavaliers.

The Spurs’ Cap Space After Gallinari was Waived

In the video above, the scenarios for the San Antonio Spurs’ cap space are outlined now that Gallinari has officially been waived.

Gallinari’s partial guarantee was reportedly bumped up from $5 million to $13 million because he allowed the Spurs and Atlanta Hawks to facilitate the trade for Dejounte Murray and that pushed his guarantee deadline from June 30 to July 8.

The Spurs can now open up to a projected $35.8 million in cap space by waiving Tre Jones, Keita Bates-Diop, and renouncing the cap hold of Joe Wieskamp.

In the video, Josh Primo, Blake Wesley, Malaki Branham, and Dominic Barlow’s games are analyzed in the Spurs’ opening Summer League loss to the Cavaliers.

The Spurs fell to Cavaliers 99-90 Friday. Primo and Wesley each scored 20 points and each finished with 5 or more assists to lead the team. Malaki Branham finished with 15 points as he displayed his ability to shoot the ball from mid-range and 3-point range in the game. Dominic Barlow, who is expected to sign a two-way contract, started at center and showed his defensive skill set he brings to the team, as well as some different ways he was able to score as well.

The Spurs’ next Summer League game will take place Sunday against the Golden State Warriors.