What more can be said about San Antonio Spurs’ Tim Duncan? 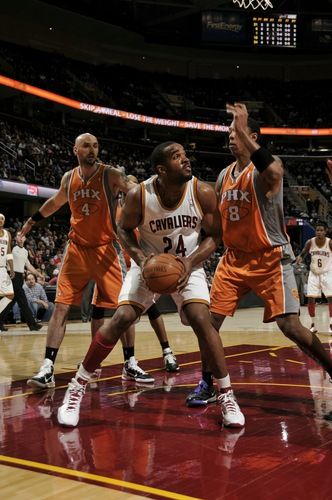 He has an NBA resume any player would want. From multiple championships, all-star appearances, MVP’s, to status as an NBA legend, Duncan has done it all.

Now he can add “hero” to his resume courtesy of Cleveland Cavaliers’ Samardo Samuels.

Samuels reflected on his rookie season and when he thought about how well he played against Duncan, Samuels had this to say:

The highlight of his rookie season was a 23-point, 10-rebound performance against the San Antonio Spurs and Tim Duncan.

“That was my hero,” said Samardo of Duncan.

He is a hero to many Samardo. Especially Spurs fans who have had the privilege to see him perform for the city of San Antonio for so long.