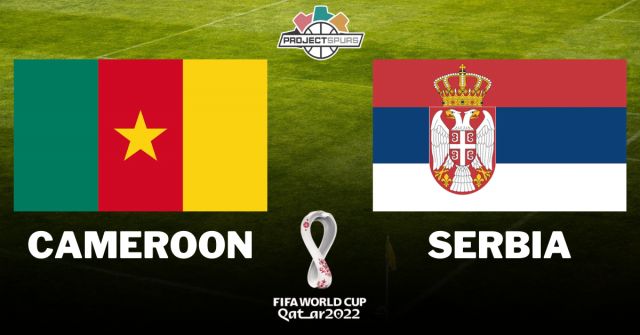 The 2022 FIFA World Cup in Qatar has already given us some historic matches, like Saudi Arabia beating Argentina and Spain’s 7-0 rout of Costa Rica. Cameroon looks to leave its own mark on the tournament by breaking its 8-game losing streak. The last time they won a World Cup match was in 2002 against Saudi Arabia. If they want to turn things around they’ll need to come away with a win against the favored Serbian roster in this upcoming match. Sitting at the bottom of the Group G table, Serbia has its own history to overcome in this tournament. They’ve lost eight of their ten World Cup matches, giving them the worst loss rate for anyone with a minimum of ten matches in the competition. Serbia also historically struggle against African competition, they’ve never won against an African team in any of their outings.

Cameroon vs. Serbia World Cup: How To Watch

With both teams looking to turn things around for their countries, who will have the will to get the win? Can one of these teams be a spoiler for the Group G leaders, Switzerland or Brazil? You’ll have to tune in to find out, don’t miss this chance to witness history. This an early match so get your coffee ready! The match kicks off at 4 AM CDT from Al Janoub Stadium in Al Wakrah, Qatar, on FS1 in the United States. Streaming Options include Fubo and Sling TV.

Both teams sit at the bottom of the Group G table, but they both have the chance to get out of the Group Stage with back-to-back wins. With the way things have been unfolding so far in the tournament, nothing is impossible. These types of scenarios are precisely what makes the World Cup so exciting. Switzerland and Brazil have a match as well after Cameroon and Serbia play. If there are no draws there will be a chance for the winner of Cameroon vs Serbia to move on to the Round of 16.

Cameroon doesn’t have anyone injured which may give them an advantage over Serbia.

According to Serbia’s coach Dragan Stojkovic, Filip Kostic and Dusan Vlahovic are not ready to return to the starting roster. Stojkovic may want to reconsider since Vlahovic was a burst of energy when he came into their match against Brazil.