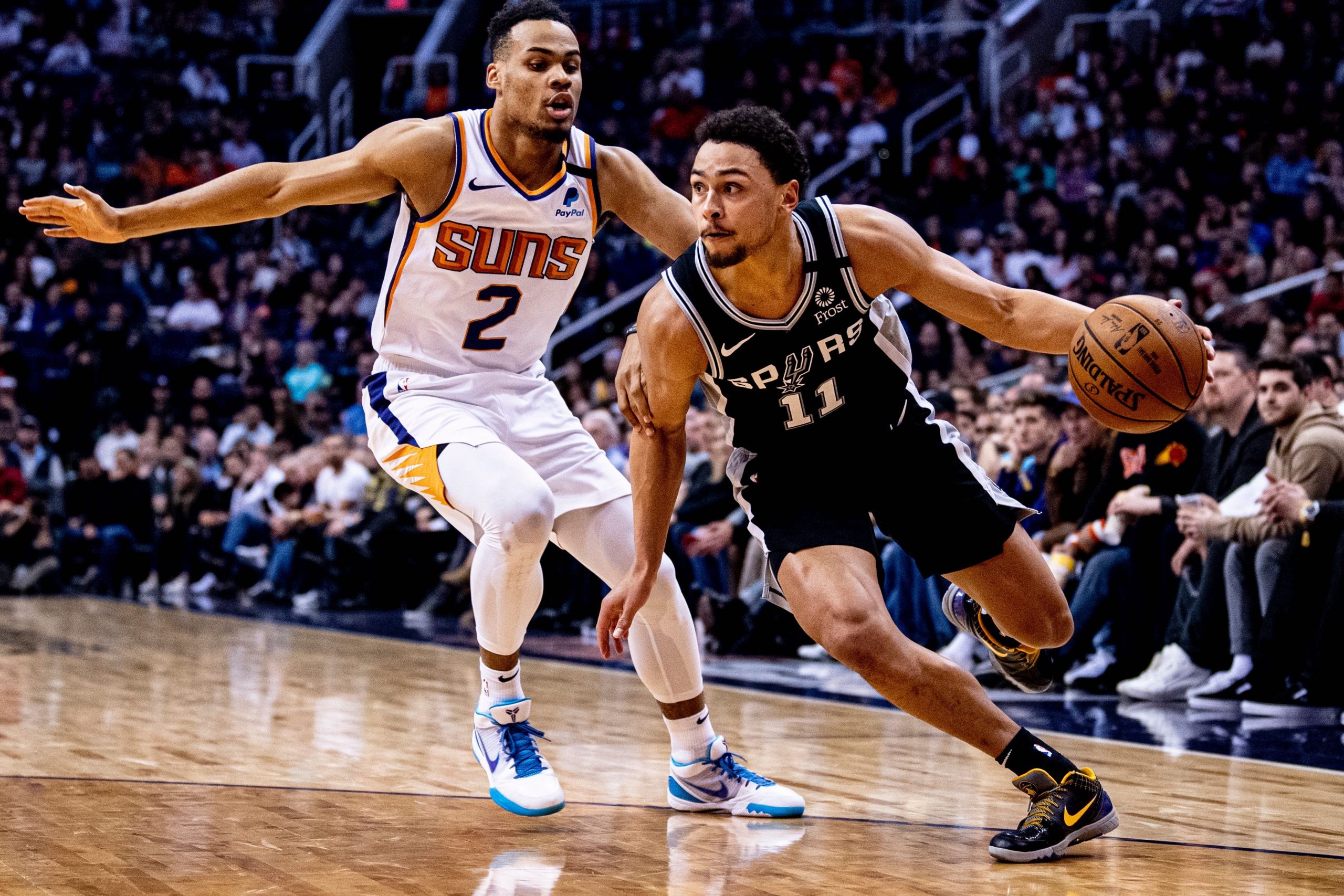 In the San Antonio Spurs’ first two scrimmage games, San Antonio Spurs guard Bryn Forbes has been coming off the bench, after starting the majority of games at the shooting guard position prior to the season being suspended.

“It’s different,” said Forbes Monday in an interview with the media, “but I’m not against it.”

“It’s a different feel for me. I pride myself on being able to shoot,” said Forbes of why he’s able to adjust to any role in any lineup.

After these eight seeding games, Forbes will be an unrestricted free agent in October. Asked how much his performance in the seeding games might weigh on his upcoming free agent status, Forbes said, “I’m not sure how much eight games will change 150 (games).”

Now that he’s been with the Spurs for several seasons, Forbes is one of the veterans with a lot of younger players on the roster.

“It’s different,” said Forbes of providing teaching at times to the younger players. “Having these young guys, it’s important that we pass the knowledge around.”

Forbes was also asked about what it’s been like to be away from his children while in the bubble, he said, “it’s not fun honestly. Having to spend time through Facetime.”

“Taking it day by day,” said Forbes of being away from his kids.

Rudy Gay also spoke with the media Monday and when asked what he’s learned so far in the bubble about social justice, Gay said, “This has been a part of my life since I was born.”