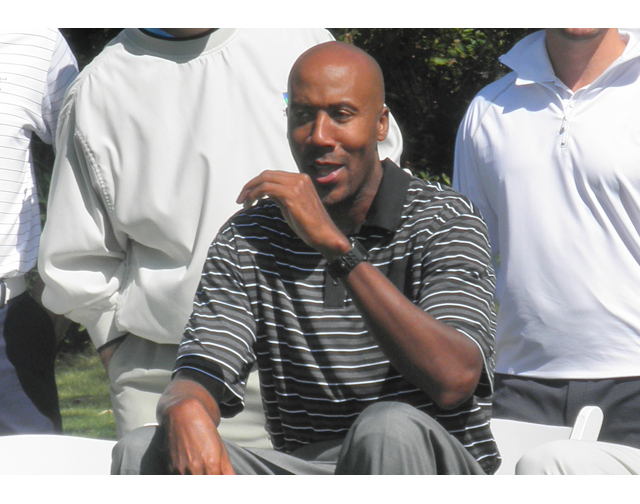 There was a cast of sports greats present for a star-studded charity golf tournament in New York hosted by NBA legend Bill Russell. Among the greats were former NBA players Jerry West, Julius Erving, Charles Barkley, and former NFL running back Jim Brown.

They all came out to raise money for youth mentoring through MENTOR: The National Mentoring Partnership, of which Russell is a founding member.

“I am honored to have so many of my friends and some of the greatest athletes of all-time join us to support our mentoring efforts,” Russell said. “I know these guys still like to compete and it will be a fun event for a great cause.”

Indeed it was a fun event for a worthy cause. And although no one can be as horrible at teeing off than Barkley, perhaps Gervin can stand to use some lessons to perfect his swing. Check out the Iceman hitting the links at the 1:41 point of the video below.