It seems like only yesterday we were worried about whether or not there would be an NBA season. A year later and NHL fans are going through the 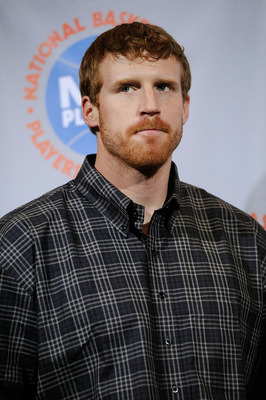 same thing. As the days go by and more and more games are cancelled, you start to wonder when you’re ever going to get to see your favorite team play again.

The players have to go through it too. I’m sure they want nothing more than to get back out on that ice and play. If it’s any consolation, Matt Bonner can sympathize.

“I can relate to what the hockey players are going through,” said Bonner. “For them, it’s got to be more frustrating because last time around they missed a whole season. To get locked out twice in a row and to miss two seasons definitely has to be a hard thing to swallow.”

What supposedly saved the NBA season last year was the decertification of the NBA players union, something that the NHL players are going to have to consider as well. It’s a risky move, but it paid off in the end.

“The bottom line is we did everything we could to get a deal up to that point,” said Bonner. “We reached an impasse where we didn’t feel they were negotiating and we had to do something drastic to negotiate with. That’s the decision we made. It throws everything into uncertainty. You don’t know what the outcome is going to be.”

We all know that waiting through a lockout sucks. Watching people argue over the difference between $63 million and $65 million seems so trivial when you consider the problems the rest of the world has to deal with. Even as a non-hockey fan, I still hate to see a sport not being played, so hopefully they get a deal done soon.