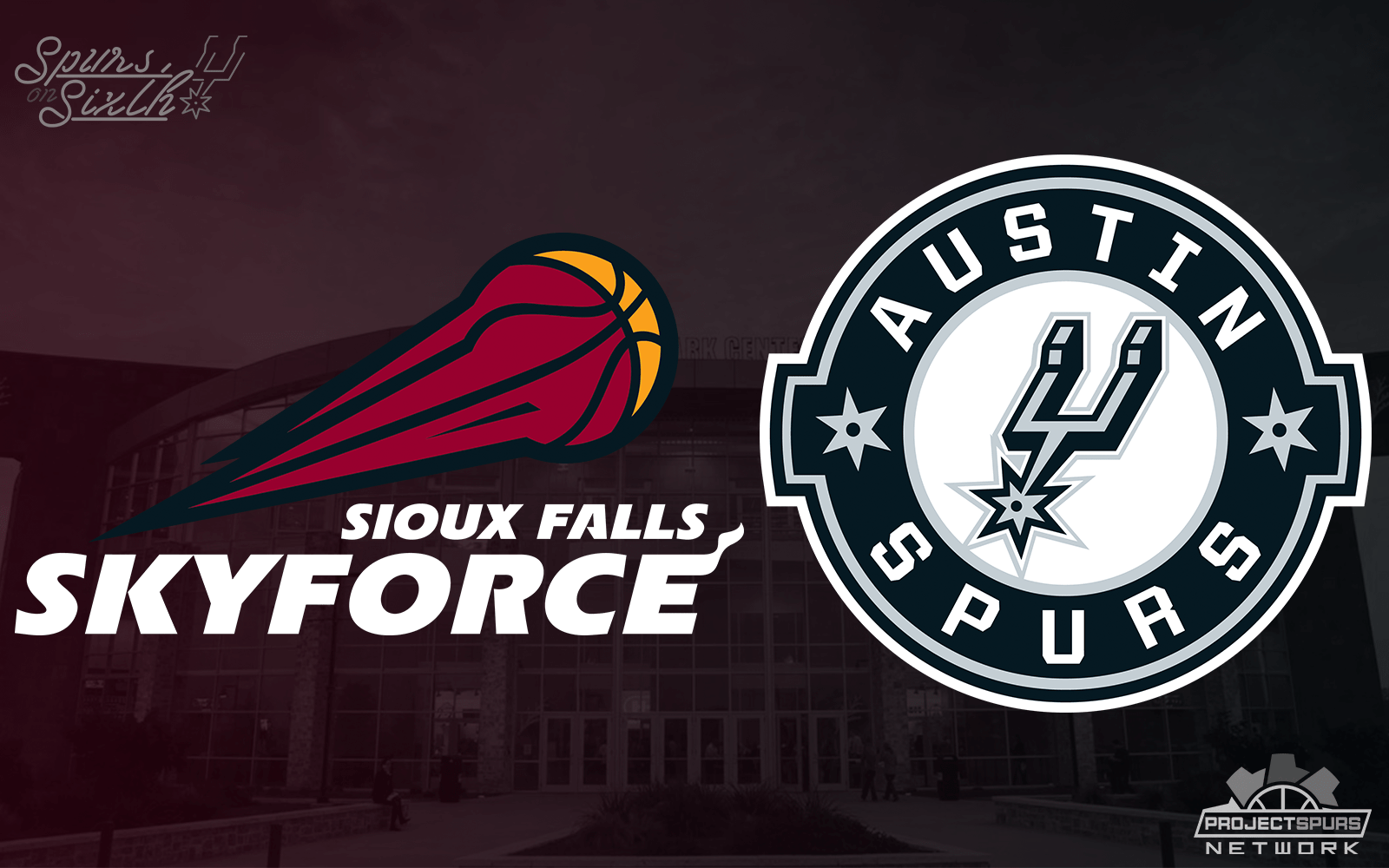 AUSTIN – In front of hundreds of kids from area schools, the Austin Spurs completed an incredible comeback to defeat the Sioux Falls Skyforce at the buzzer, 119-118.

The improbable victory started with a hot shooting first quarter by Sioux Falls, as the Miami Heat affiliate went 8-for-10 from beyond the arc in the first quarter, leading to a 41-29 lead.

Austin’s offense remained steady throughout the second quarter, but couldn’t stop Sioux Falls from launching and making six more 3-pointers in the period to take a 75-59 halftime lead.

“I think he’s one of the best players in the league, if not the best player,” Sioux Falls head coach Nevada Smith said about Torrey Craig at halftime. “I don’t know if we can play much better than that…an 11 a.m. game, you never know what you’re going to get.”

Craig and Tony Mitchell finished with a combined 11 3-pointers for the Skyforce and led the team with 24 points each. Derrick Walton, Jr. also had an epic game with 20 points, four rebounds and nine assists.

Darrun Hilliard caught fire for Austin in the second half, as the Spurs scored 31 points in the quarter while holding the Skyforce to a poor 27 percent shooting.

With Austin down four points heading into the fourth quarter, the teams would exchange baskets down the stretch before the Spurs eventually tied the game at 117 with a minute left.

At the free throw line Sioux Falls took a 118-117 lead, but a foul on the following possession gave Austin’s Jaron Blossomgame a chance to take the lead at the charity stripe.

Blossomgame missed both free throws, but Sioux Falls failed to seal the game with a layup on the other end.

A Skyforce offensive rebound should have ended the game, but an ill-advised and unnecessary jump shot attempt by Sioux Falls led to a missed basket and defensive rebound by Matt Costello.

Hilliard finished with 31 points on 23 shots for the Spurs. Blossomgame almost recorded another double-double with 25 points and eight rebounds. Olivier Hanlan and Jeff Ledbetter both finished with 15 points each.

“It was an ugly first half,” Hilliard said after the game. “But we fought for it…that’s the Spurs way. It trickles down from the Spurs organization and we want to bring that down here to Austin.”