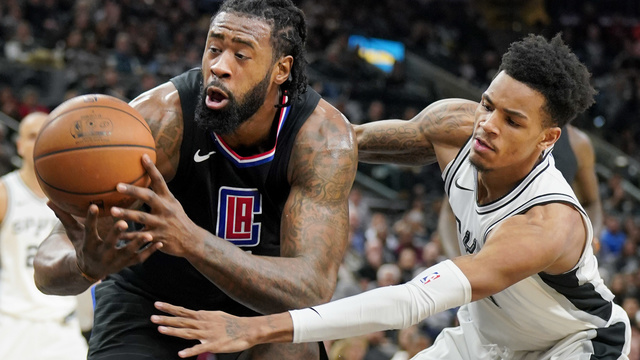 San Antonio, Texas –  LaMarcus Aldridge and Tony Parker combined for 35 points and totaled seven field goals each en route to a 109-91 victory against the undermanned Los Angeles Clippers on Monday night inside the AT&T Center in Kawhi Leonard’s home debut.

TURNING POINT: After the Clippers maintained their lone lead of the game at 2-0, a 13-2 run over the course of the next five-plus minutes of the ball game put the Spurs in full control and they didn’t look back. A 18-5 run by San Antonio late in the third quarter but the game away in favor of the boys in white and black.

INSIDE THE BOX SCORE: