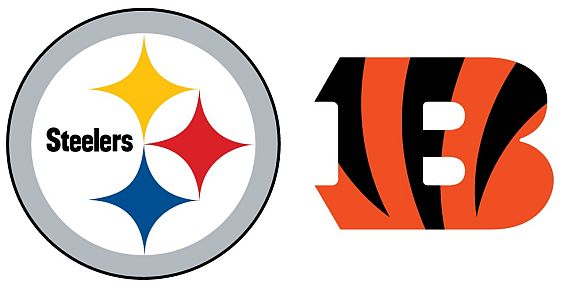 The AFC North is one of the tightest divisions in the NFL, with all four teams possessing winning records through 11 weeks. On Sunday, football fans will be treated to a double-dose of head-to-head matchups in the division. First, the Pittsburgh Steelers play the Cincinnati Bengals on the road, and later the Cleveland Browns travel to M&T Bank Stadium in Baltimore to play the Ravens.

With the little separation between the teams, betting on any team to win is a tough decision. For Steelers fans in Pennsylvania, or Bengals fans making the short trip to the Keystone State to place bets this weekend, there are a number of prop bets worth checking out with DraftKings. Check out the current November promotions with DraftKings to make your dollar go further, and consider these three props worth a glance for the Steelers against the Bengals.

The former first-overall pick in the 2020 NFL Draft, Burrow has battled with turnovers this season, throwing an interception in seven of ten games this season. Additionally, he has three games with multiple interceptions. It is interesting then, that he is at +100 odds to throw an interception, meaning there’s a believed chance he won’t.

In the Bengals’ first game against Pittsburgh this season, Burrow threw an interception. It was just one of four picks for the Steelers this season, who rank near the bottom of the league. Defenses tend to be prepared better for quarterbacks in their division than those outside of it, and Burrow is no exception for Pittsburgh.

Another surprising line in the Bengals and Steelers game is Pittsburgh’s kicker Chris Boswell at +100 to score more than 6.5 kicker points this weekend. He’s scored more than seven points six times this season, including each of the Steelers’ last three games. In fact, Boswell has connected on three field goals in each of those games, good for nine points already before the PATs are factored in.

This points line of over 6.5 is likely set as such due to Boswell only recording five points in the first matchup this season against Cincinnati. He missed a field goal in that game, which allows you to get a good value on this play this weekend.

In his first year out of Alabama, Harris joined the Steelers who have a long history with successful dual-threat running backs. The rookie quickly found his footing, not only in the ground game but in the passing attack in Week 3 against the Bengals. In their last matchup, Harris caught 14 of 19 targets for 102 yards while adding 40 yards rushing.

That game was the second of four games this season in which Harris has caught five or more passes, adding another one last weekend against the Los Angeles Chargers. At +125, taking the over on Harris at 4.5 receptions is too good to pass on.