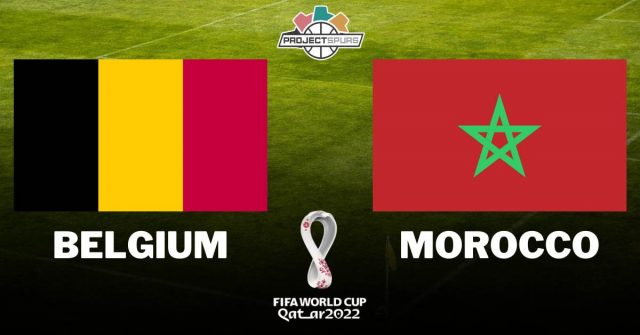 The 2022 FIFA World Cup in Qatar may be Belgium’s last chance to take home the cup before the team rebuilds. Despite Kevin De Bruyne believing Belgium has “no chance of winning the world cup” the Belgian roster is off to a great start. After sending Canada to the bottom of the table with a 1-0 win they face Morocco next. Belgium vs. Morocco is in Group F for the 2022 World Cup. Morocco was underdogs in their match with Croatia but they held them scoreless. Unfortunately, Morocco was also held scoreless, but in the group stage, the 0-0 draw is enough to put them at the top of the table if they can pull off a win against Belgium. Can Morocco get a win against Belgium’s golden squad? Will De Bruyne’s comments deflate the Belgian roster?

Belgium vs. Morocco World Cup: How To Watch

Who will score the first goal? Will Belgium stay at the top of the table? Tune in to catch all the action. This an early match so get your coffee ready! The match kicks off at 7 AM CDT from Al Thumama Stadium in Doha, Qatar, on FS1 in the United States. Streaming Options include Fubo and Sling TV.

Belgium is at the top of the Group F table. They’re also the only team in the group to score a goal. While a win against Morocco puts them in a good spot points-wise, they’ll need to do better in their point differential to secure their first-place ranking. Croatia has a good chance of winning their next two matches so that will be something to keep an eye on. If Morocco can pull off a win they’ll be at the top of the table with 4 points, where Croatia is likely to join them. This is a very competitive group you don’t want to miss any of their matches.

Romelu Lukaku is expected to return for Belgium against Morocco. Belgium’s Coach Roberto Martinez may make lineup changes in response to his team’s poor performance against Canada. Lukaku is Belgium’s top scorer so he is definitely going to be a welcomed addition to the pitch.

Morocco isn’t so lucky in terms of injuries. Achraf Hakimi is experiencing discomfort in his thigh and is questionable for the match against Belgium. Hakimi’s backup Noussair Mazraoui was taken off the pitch against Croatia for a similar injury, hopefully, one of them is good enough to play.

Sportsbookwire is heavily favoring Belgium to win the match. But if you’re a risk taker a winning bet on Morocco has the potential to pay out handsomely.