The World Cup is now in full swing. After Saudi Arabia had a stunning defeat that ended Argentina’s long undefeated run in international play. Now, we look to some Group F action. Belgium vs. Canada will face off in the last match of the day for the World Cup. Belgium is heavily favored to win but as we’ve come to learn in this World Cup anything can happen. Canada the assumed underdog is not a Cinderella team by any stretch of the imagination, they qualified for the World Cup at the top of the CONCACAF table. Expect a hard-fought match from start to finish. You won’t want to miss this match.

How To Watch Belgium vs. Canada In The World Cup

Will Canada upset their European rivals? Can Belgium live up to the hype and shut down this young Canadian team? This is the match you’ll be discussing on Thanksgiving so make sure you catch all the action. The match will air live from Ahmed bin Ali Stadium in Ar-Rayyan, Qatar on Fox in the United States, at 1 PM CDT. Streaming options for the World Cup include Fubo and Sling TV.

After failing to qualify for back-to-back World Cups in 2006 and 2010 Belgium has had strong showings in 2014 and 2018. In 2014 they made it to the quarter-finals and in 2018 they finished 3rd. The Belgian team has lost some key pieces to their 2018 team in Vincent Kompany and Marouane Fellaini, which leaves them with a much younger roster. Center-back Jan Vertonghen, expects his team to win, while speaking to the media he said, “Now there is room for these young guys and I’m excited by what I see. I have faith in this squad.” It seems the odds makers agree with Vertonghen they give Canada only a 16% win probability. It’ll be interesting to see how the young additions to the Belgian team hold up throughout the World Cup.

Canada Returns To The World Cup

Its been 36 years since Canada’s last and only appearance in the World Cup in 1986 when they failed to score a single goal in the group stage. Hopefully, things will bode differently for this year’s Canadian team. They are going into the World Cup as the top team from CONCACAF. It would be surprising if they didn’t get out of the group stage and shocking if they were eliminated scoreless. Canada’s coach John Herdman has believed his team was going to return to the World Cup from the beginning according to Middlefield-er Jonathan Osorio who had this to say while speaking to the media, “He told us the goal in that very first meeting — which was to qualify for the World Cup. He said it then and there..” How far do you think Canada will go?

Do you think Canada will shock everyone? Or will Belgium come out on top as expected? 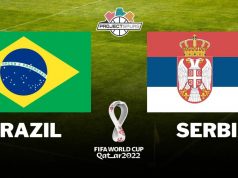 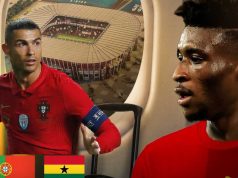 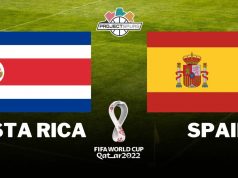