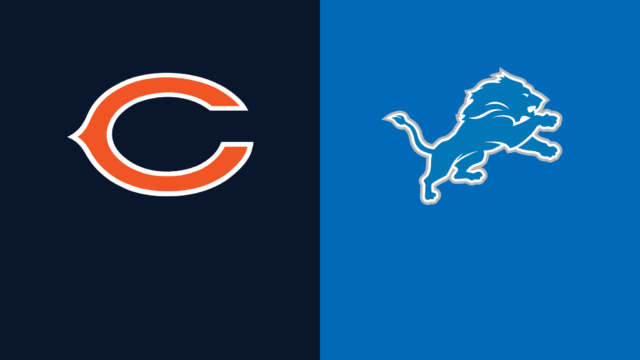 For better or worse, the Detroit Lions are a staple of the Thanksgiving Day slate of NFL games. This year, after the conclusion of the 95th annual Macy’s Thanksgiving Day Parade, living rooms across America will be tuning into the Lions (0-9-1) hosting the Chicago Bears (3-7) in an NFC North Showdown.

This first course of the football schedule tastes drier than an overcooked turkey. A wager or two with DraftKings can be the gravy on top to make it palatable. Be sure to check out DraftKings’ current promotions, and then consider putting these three prop bets on your plate.

Mooney is having quite the year individually this season despite playing on the struggling Bears. With six games left in the regular season, he’s already approaching his totals from all of last season, and he’s really picked up his production.

Last week against the Baltimore Raven, Mooney saw a career-high 16 targets from a combination of Andy Dalton and Justin Fields. Mooney only caught five of them, however, though one went for six points in the third quarter on a 60-yard play. It was the second touchdown catch in consecutive weeks, and his third in the last five games. Against the Pittsburgh Steelers the previous week, he added a rushing touchdown as well. Dalton is starting on Thanksgiving for the Bears, which should mean targets for Mooney. At +165 for a touchdown at any point in this game, Mooney is a great value to reach the endzone against the winless Lions.

As part of a parlay or a strong stand-alone wager, Swift hitting on the over on 64.5 rushing yards looks favorable. Sure, the running back didn’t reach that yardage through the first nine weeks of the season, but the Lions have learned just what a vital part of their offense the second-year second-round pick is.

When Detroit tied Pittsburgh two weeks ago, Swift had 130 yards on 33(!) carries, which was more yardage than his previous three games combined. With the vote of confidence from the abundance of touches, Swift seems to have been jump-started after a rather slow start to his season. Last week at Cleveland in the bad weather, Swift eclipsed his season-high output from the Steelers game with 136 rushing yards against the Browns on 14 carries. The Bears’ defense has allowed over 100 yards on the ground six times this season, including their last five games. With Jamaal Williams still limited this week with his thigh injury, Swift looks set to eat in the ground game on Thursday.

The running game for Swift will need to be complemented by the passing game. That plays into the hands of tight end TJ Hockenson. Jared Goff returns under center for the holiday. Coming off of an oblique injury, he may be limited aiming deep downfield. Targets toward Hockenson have averaged less than 10 yards, which should be a sweet spot for Goff.

The receptions prop for Hockenson is +110 on the over of 4.5 catches this week. That should be as much of a lock as a slice of pie after dinner. The tight end has had four or fewer catches four times this season, but only once since Week 5. Dan Campbell and company are still looking for their first win this season. It’d be a mistake to leave out the team’s playmakers, a reliable target for Goff week after week anyway. The injury could help Hockenson see more targets than his season mark of 11. When the ball is thrown his way, Hockenson is pulling them down at a 74-percent clip this year. He only needs to be targeted by Goff about five times for this to hit.