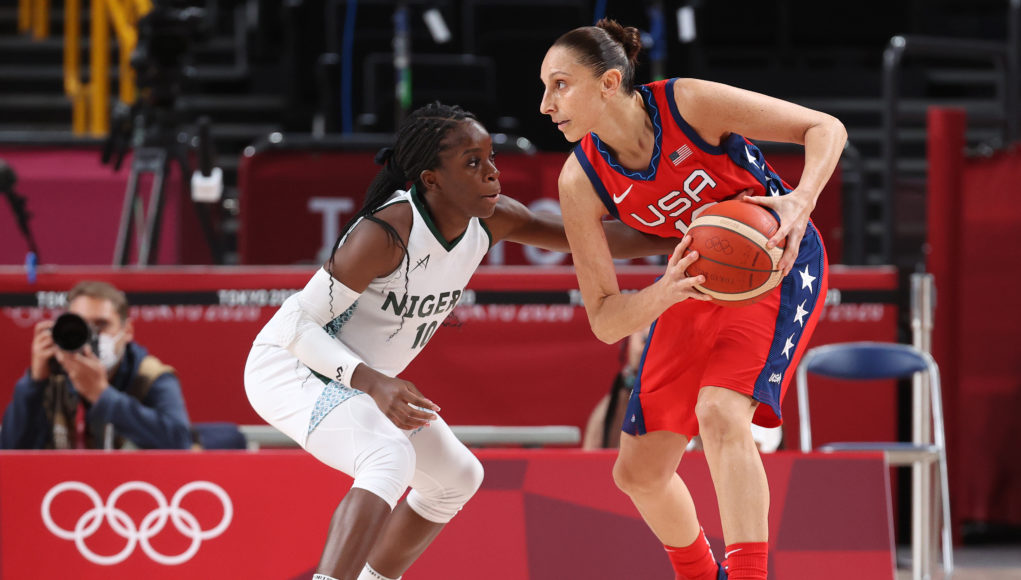 The U.S. Women’s Basketball team opened up group play with an 81-72 victory over Nigeria at the Saitama Super Arena in Saitama, Japan on Tuesday evening, earning their 50th straight win in Olympic play.

Nigeria opened the game strong and took advantage of the turnovers from the USA and led 20-17 after the opening 10 minutes of play. The Americans would take advantage in the second quarter, outscoring Nigeria 27-12, and went on a 23-0 run to take a 12-point lead into the locker room.

“I felt we had to adjust to the style of play that Nigeria was playing, USA Head Coach Dawn Staley said. “They crowded our space for 94 feet. It took us probably a quarter and a half to really adjust to it. Once we did, we found ourselves just opening up the game.”

The Americans took control in the third quarter, building a 25-point lead but Nigeria used one final push in the fourth quarter to cut the USA’s lead to single digits. Key buckets from Sylvia Fowles and Chelsea Gray would be enough to give the Americans the win.

Sue Bird, who will be playing in her final Olympic Games, added a game-high 11 assists.

The victory was the first of Staley’s coaching Olympic coaching career as the women are looking to make it seven straight Gold Medals.

However, the USA knows they will need to be better if they want to capture the gold medal as they committed 25 turnovers but still managed to get the win.

“I’m sure that will be brought up. But Nigeria makes you play a very difficult style,” Taurasi said. “They’re aggressive and you’re not used to playing that style very often, so that’s more to do with Nigeria than us being sloppy.”