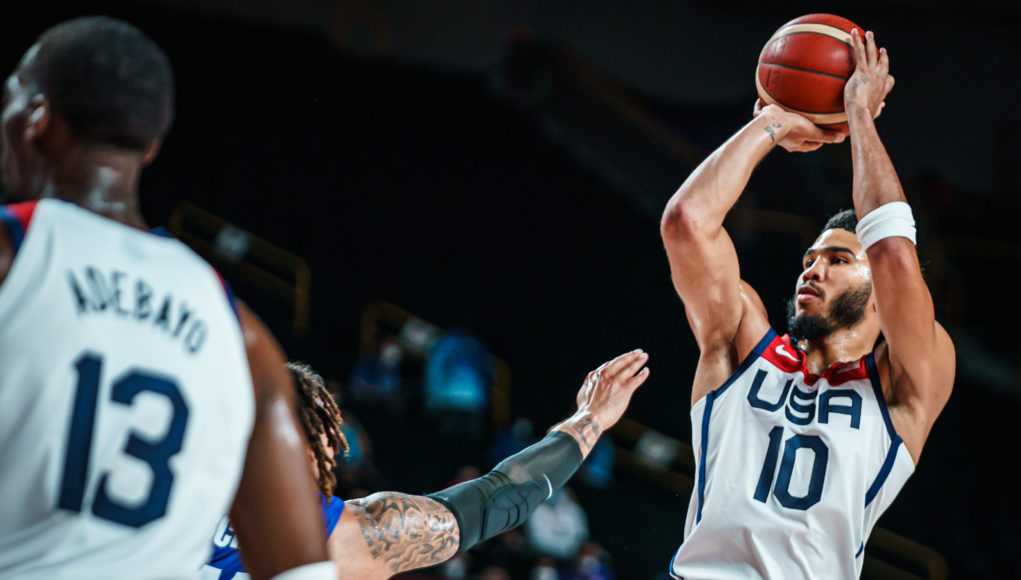 The US Men’s Olympic Basketball team crushed the Czech Republic 119-84 to close out pool play on Saturday night in Tokyo and advance to the knockout stage of the Olympic tournament.

The USA struggled to open the game, trailing 9-2 early as coach Gregg Popovich called timeout and made a few lineup changes. The Czech’s shot the ball well and took advantage of some poor American defense and shot 60 percent in the first quarter, leading by seven points going into the second quarter.

Team USA really stepped up their game on both ends of the floor in the second quarter. Kevin Durant got hot and the Americans clamped down on defense, going on a 10-0 scoring run to take the four-point lead. With that combination working, the USA took the lead into the locker room at halftime.

Durant put the USA on his back in the third quarter, scoring 10 points in the frame and helping the Americans build a 22-point advantage going into the fourth quarter. He led the USA in every category and set the tone for his teammates to find him early. Team USA outscored the Czechs 35-17 and missed just one shot in the quarter, ending the period on a 16-2 run. The Americans used their hard-nosed defense to prevent a big scoring run as was evident in games past.

Jayson Tatum led Team USA with 27 points, shooting 5-for-10 from three-point range. Durant added 23 points and Jrue Holiday chipped in 11 for the Americans, who closed pool play with a 2-1 record.

The quarterfinal matchups will be drawn on August 2 and games will resume on August 3.