Next month, the State of Arizona will celebrate 100 years of statehood at their centennial. 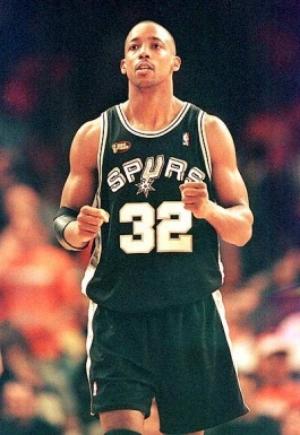 So you’re wondering what this has to do with the San Antonio Spurs.

While I could come up with about 10 jokes on the spot about the Phoenix Suns and their history of losing to the Spurs, those same Spurs also owe a lot to the state.

The Memorial Day Miracle in 1999 gave the Spurs the momentum they needed to win their first championship. Would the Spurs have that moment without Tucson’s Sean Elliott.

In 2003, Steve Kerr, a graduate of the University of Arizona hit four key three-pointers in game six of the Western Conference Finals against the Dallas Mavericks. His contribution helped eliminate the Mavericks and propelled the Spurs to the 2003 Finals.

Bruce Pascoe of the Arizona Daily Star today highlighted Elliott in a list of the 100 best athletes, moments and teams in Arizona’s history.

Unlike Kerr, Elliott is also a product of Arizona, and was born and raised in Tucson, where he starred at Cholla High School.

While Elliott is already well past his playing career at the University of Arizona, certainly past his 12 year NBA playing career and has been a Spurs broadcaster since the 2001-02 season, that doesn’t stop him from being one of Arizona’s favorite sons.

I had a chance to visit Tucson for the first time ever a few months ago. While I was going to help a family member at a conference and we were driving about 12 hours both ways, I jumped at the chance just to get to spend a week in the town Elliott grew up in.

I asked quite a few locals and I never once got a confused look when I asked about number 32.

I even had an opportunity to talk to a current Cholla High School student and while I wouldn’t have an idea who some of the more notable people were that graduated from my high school, this student had no problem bringing up certain facts about Elliott’s playing career.

Luckily for the city of San Antonio, we’ve had a chance to also enjoy Tucson’s favorite son, from seeing the heralded rookie that played his first game with knee pads, to being upset to see him traded to Detroit all the way to seeing him punctuate his great career by slam dunking a basketball in his comeback game after a kidney transplant.

I’m sure San Antonio and Tucson are proud to have Elliott call both cities home,