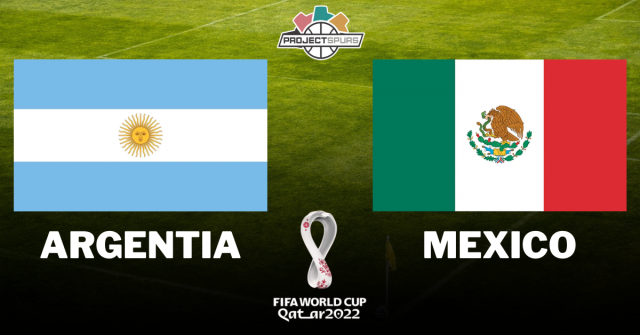 After one of the most shocking upsets in World Cup history, Lionel Messi and Argentina will look to bounce back vs. a fiery Mexico squad. Mexico could not pick up the three points either on matchday as they drew 0-0 to Poland. They will be thankful for legendary goalkeeper Guillermo Ochoa, who saved F.C. Barcelona star Robert Lewandowski’s penalty to help Mexico secure a point in the World Cup. El Tri will now be looking at a much tougher challenge in one of the World Cup favorites. Argentina will be looking to avenge their shocking 2-1 loss at the hands of Saudi Arabia. You can ask many of the teams and players that have played an angry and motivated Lionel Messi.

It’s not a fun experience for all involved.

This game will be an intense and fiery battle. These two countries have played each other in prior additions, including the 2010 World Cup. Both fan bases are extremely passionate and hope their national teams can bring their countries to glory. Mexico fans have had significantly lower expectations for this world cup than in years past. Can manager Tata Martino rally the troops and give Mexico a massive boost in their hopes to qualify for the knockout stage? Or will Argentina shake off the disappointing defeat and show why they are one of the favorites to win the whole thing?

After a disastrous 2-1 loss to Saudi Arabia, Argentina will look to retake their claim as tournament favorites. Lionel Messi converted a penalty early in the first half, but two quick second-half goals by the Saudis brought them a shocking win that flipped Group C upside down. Now, all four teams have a good chance of making it out of the group, and this game is pivotal for Argentina. If they lose, it is a real chance we can see the blue and white leave Qatar earlier than expected. Argentina will be motivated, however, and with perhaps one of the most talented squads in recent years, they will believe they can still get the job done.

Lautaro Martinez and Paulo Dybala are some of the big names in the attack as well as the ageless Angel Di Maria. A midfield that is solid defensively in Rodrigo De Paul, Papu Gomez, and Giovani Lo Celso should look to control the tempo of play. A big question is who will play at center back, with Manchester United’s Lisandro Martinez looking for a start after coming on in the second half against Saudi Arabia. Can Messi wave his magic wand for Argentina once again and give them the massive three points they need?

Mexico really seemed to lack that final attacking threat in their last match against Poland. Even with players like Raul Jiménez and Hirving Lozano, they just did not have that cutting edge. After Jesus Corona was ruled out of the tournament due to an injury, Mexico fans were fearing that they would lack creativity up front. Many are hoping for the Raul Jimenez of old to reemerge, but that still has not occurred. There is also a worry about the midfield situation, as Edson Alvarez needs the right combination with him in order to avoid being overrun. In a massive game for El Tri, can Martino and the company find the right formula to potentially send Argentina out of the World Cup?

Be sure to stay tuned for World Cup coverage from Project Spurs!