Are San Antonio Spurs ready to face the play-offs? 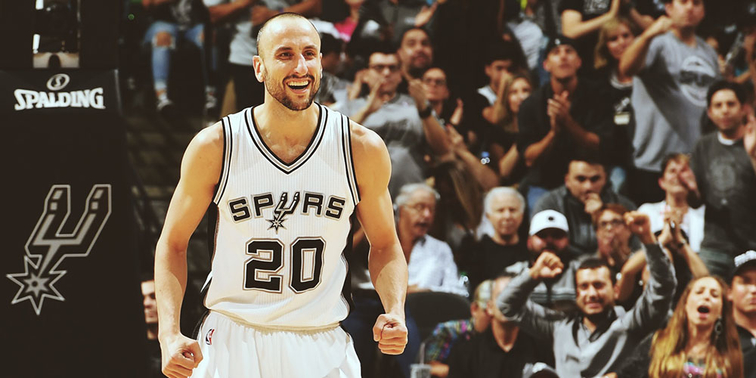 The 2018-19 San Antonio Spurs have taken fans on an emotional roller coaster ride and we are just at the All-Star break. Starting with the trade of Kawhi Leonard for DeMar DeRozan during the offseason, the loss of their starting point guard, surprise gems like Bryn Forbes and Davis Bertans, a 6-2 record to start the season quickly followed by a 2-7 record to make people wonder if the dynasty had finally fallen and then eventually righting the ship to bring their record back over .500 and grab hold of a potential playoff berth. Phew!

With roughly a quarter of the regular season left, there are several factors at play that will decide whether the Spurs continue their post season appearance streak, dating back to the 96-97 season, or will they head to the draft with a potential high pick in hand?

Getting healthy bodies back and keeping everyone healthy is the first and most important piece of the puzzle. With an average age of 28, the Spurs are the sixth oldest team in the league. Yes 28 isn’t that old, but we are talking basketball years (which are kind of like dog years on the legs). Coach Pop has been known to balance out his lineup over the years with a couple of game days off here and there to rest his core players. It never really seemed as though having the best record in the league was important to Pop and the Spurs as they were content with being a high seed and traditionally locking down 50+ win seasons.

Last year even with a record of 47-35 only Patty Mills saw action in all 82 games. Currently hanging on to the seventh seed in the Western Conference, will Pop have the ability to “DND – OLD” like he once did for Tim Duncan? As for major injuries over the course of the season, only second year guard Derrick White has missed significant time, five games, with plantar fascia. The expectation is that White will return to his spot in the starting lineup upon the Spurs return from the break.

One of the bodies that they need to return from the break at 100% is DeRozan who has been dealing with nagging aches and pains since the beginning of the New Year. Yes, it is great to see DeRozan play through the pain and while he arguably deserved to play in the All-Star game, the week off with rest will serve him and the team better. While he still leads the team in scoring with 21.4ppg and is averaging a career high in assists and rebounds, the four-time All-Star has been struggling to maintain pace over the last two months as his scoring over the last six weeks has cooled to 17ppg. With a healthier body and mind, along with the motivation and promise of a big game on Friday in his return to Toronto, a revitalized DeRozan can be a game changer for the Spurs on a nightly basis.

Consistency on both ends of the floor is huge for the Spurs. In a day and age which has three pointers being jacked up at a historic rate, the Spurs inside-outside and midrange attack has been their MO for years, so why change? Sure, San Antonio leads the league in three-point percentage, but they are also at the bottom of the rankings in attempts. When you look at the Advanced Stats, you will see that the majority of the Spurs success comes from pullups and shots within ten feet. You will also notice that the offence is one of the most patient in the league as load of their buckets comes when the clock is between the 15-7 second range, unlike many other teams who want to run and gun. Defensively, the Spurs can be one of the best teams in the league, if they want to. In fourteen games this season, San Antonio has held opponents to less than 100 points, winning eleven of those matchups. On the flipside, adversaries have scored over 120 points seventeen times, with the Spurs taking the loss in thirteen of the games.

Finding a role for forward Pau Gasol is another factor heading into the playoff stretch. Yes he is the oldest member of the team at 38 years old and having his worst statistical season of his career, it might not make sense to allow him on the floor, but we all know that the playoffs are a totally different type of season as the game slows down and becomes more of a chess match than checkers game. There have been rumors that Gasol was asking for a trade prior to the deadline, but on the other hand the stories of denial were equal to the trade talks.  Does the team grant him a buyout before the March 1st deadline, allowing him to join another team, or do they keep him as a “just in case” option, should LaMarcus Aldridge or Jakob Poeltl get injured or struggle in the playoffs?

San Antonio has one of the easiest schedules remaining for the 2018-19 season which favors yet another post season appearance for the Spurs. Should the team finish the regular season among the top eight teams in the Western Conference, they will tie the 1949-1971 Philadelphia 76ers for the longest streak in league history. With all of the changes that the team has undergone this season, don’t be too surprised to see the white, black and grey in the playoff once again.