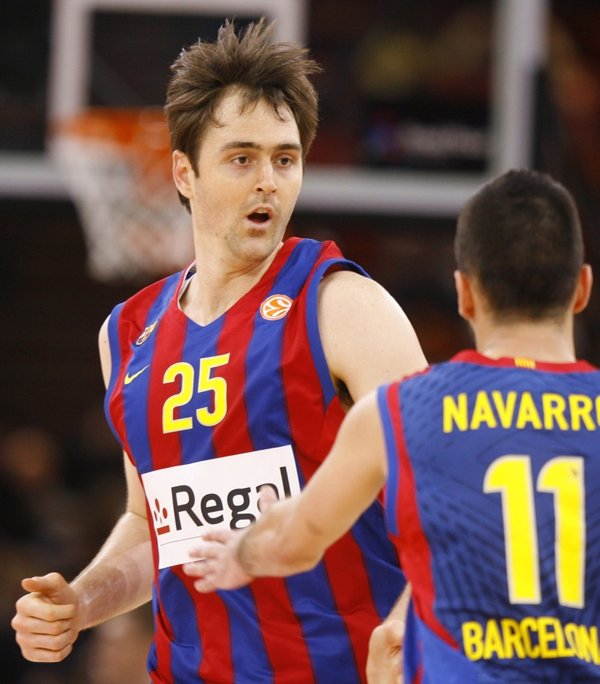 In last summer’s draft day trade which sent fan favorite George Hill to Indiana, the San Antonio Spurs may have received from the Pacers a hidden gem in Slovenian big man Erazem Lorbek. The guy puts up some solid numbers playing for Regal Barcelona over in the Euroleague: 14.2 points a game shooting 63% from the field and grabbing almost 5 rebounds a game while playing just an average of 24 minutes.

And with such a solid big man the Spurs can desperately use soon, comes this problem we see with a lot of European players. He’s not quite sure if he wants to come overseas to play in the NBA and join the Spurs. His contract with Barcelona is up after this season, and even though making the jump to the NBA would suit him fine, but now something else may be swaying his decision.

Another Euroleague team, Olimpia Milano, is going to try and sign Lorbek when his contract expires. Apparently he really likes playing overseas in Spain but he’s not making enough money. Will Milano be able to put up enough cash to satisfy the big man?

This is terrible news for the Spurs who need size and have made it know they would like for him to join San Antonio. The team definitely could use the help inside and Lorbek’s size would be a great asset. The 6’10” Slovenian is 29 and has a lot of experience. He’s definitely NBA ready and could really help the Spurs, but it may be harder to get him if he’s being enticed by another team.

It was tough to watch the Spurs trade Hill, but Kawhi Leonard is off to a pretty good start and if they can get Lorbek on the roster, I think there’s a strong chance Spurs fans can look back on that trade and think the Spurs made a smart decision.