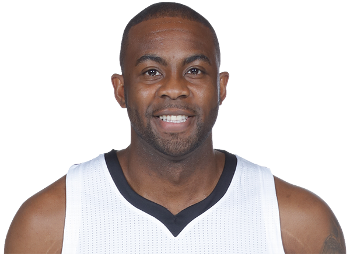 James Anderson and Kawhi Leonard can bring to the team next season. If there will be a next season.

So how did the two Spurs representatives fare? Here are the final stat lines for both players who teamed up in Group A.

Anderson finished with 19 points, 7/10 from the field, 1/5 from the three-point line, 2/3 from the free-throw line, three rebounds and four assists.

Leonard finished with 16 points, 6/8 from the field, 1/4 from the three-point line, 1/2 from the free-throw line, five rebounds and four assists.

Overall this was a couple of solid performances for Anderson and Leonard. Aside from their stat lines, getting a chance to play together is another benefit for these two players. Not only can it be used to build some chemistry heading into next season, it’s also a chance for Anderson to show Leonard the ropes of the Spurs’ offense, defense and what to expect.

Spurs fans and coaching staff should nod with approval from their performances. For Anderson, it shows he is fully recovered from his injury that derailed his rookie season and for Leonard, it gave him a chance to play with other NBA players and gain valuable experience.

Thoughts Spurs fans? What do you think about the performances from the two young guns?