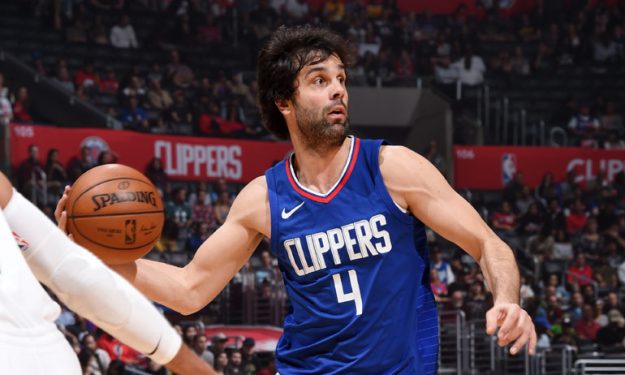 The NBA trade deadline passed at 3:00 p.m. Eastern Standard Time this past Thursday and the San Antonio Spurs stayed silent once again. This marks the fifth year in a row they’ve sat out of the frenetic deadline day festivities.

San Antonio’s last deadline deal was a Nando De Colo for Austin Daye swap with the Detroit Pistons back in February of 2014. No significant changes resulted from the transaction, though the Spurs would coincidentally go on to win the 2014 NBA Championship.

Despite electing not to partake in negotiations this year, the Silver and Black will still have an opportunity to shake up the roster a bit before it’s all said and done. With the trade deadline in the rearview mirror, contract buyout season is fully upon us.

While some of the league’s most tanktastic organizations are busy clearing up cap space for future free agents, San Antonio should take a look at some of the newly available veterans from around the league.

The Alamo City has never been a premier destination for marquee names searching for a new NBA home, but that shouldn’t stop the Spurs from pursuing some assistance. Several key players are banged up, the Rodeo Road Trip is off to a rocky start, and they could use a fresh face to boost their bench.

Though obtaining an able body may improve the Spurs’ structure, adding another member won’t be so cut and dry. San Antonio’s roster is full, and only through waiving someone could they acquire a new player.

Luckily for the organization, Pau Gasol and his albatross of a contract have made the potential decision to waive him an easy one. The future Hall of Famer has been the model of professionalism in his short tenure with the Spurs, but he’s the most likely candidate to be bought out or outright released.

Assuming San Antonio’s front office and Gasol come to terms on a buyout, they would then be able to offer a near-minimum contract to the select few who’d be willing to listen. The cap details following such a move are a bit complicated, so check out our in-depth breakdown for a better understanding of the situation.

With that in mind, let’s takes a look at a few realistic buyout targets who San Antonio could court.

Jabari Young of the Athletic reported the Spurs are interested in signing a wing, and Nik Stauskas might have fit the bill, but he was just recently signed by Cleveland for the remainder of the season, giving San Antonio one less option. The former lottery pick wasn’t exactly known for his consistency on either end, but he was in the midst of a career shooting year with the Portland Trailblazers before bouncing from team to team near the deadline

If you didn’t much care for the former Michigan product, you may have some reservations about our next guy. Milos Teodosic isn’t your traditional wing, though he has the size to make the switch if called upon.

Teodosic won’t wow you with his physical tools or athleticism, but his passing and long-distance shooting are elite. Plus, his defensive shortcomings aren’t his fault, and at least he tries to stop his assignments from scoring.

It's not every day you see a pass from this angle. Milos Teodosic is remarkable. pic.twitter.com/9zJgBIwuNC

Milos isn’t a perfect solution to San Antonio’s troubles, and to be honest, no one player really is. At the end of the day, Pop will love the way Teodosic keeps an offense running and fans won’t complain if he eats up minutes while Derrick White is sidelined.

There are better players out on the buyout market, but the Spurs just don’t have the financial freedom to make an attractive offer. Plenty of teams have money and several others have the allure of contending for a ring.

The following players have cleared waivers and are now able to sign free agent contracts:

While more guys might make their way through the waiver wire before the March 1st playoff eligibility waiver deadline, don’t be surprised if the Silver and Black stay put. San Antonio has never been known to force the issue and I don’t anticipate them doing so anytime soon.