It was a boring night for Spurs fans who watched the NBA Draft. If you stuck around until the end, it 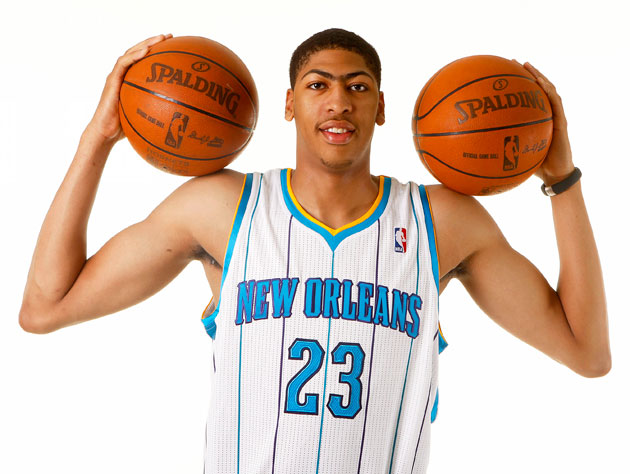 had to be a little bit of a disappointment to watch the Spurs be the only team in the second round who didn’t draft a foreign player.

I’m exaggerating of course, and no offense to Marcus Denmon. He’s a hard working, talented player, but I don’t see a lot of potential for him to be a hidden gem that just happened to fall into the Spurs’ lap.

So the Spurs had an uneventful draft but the rest of the Southwest Division was very busy trying to improve.

New Orleans – The Hornets did what everyone expected and took Anthony Davis with the first pick. Davis was regarded by some as the only guy in a very talented draft that could immediately turn around a franchise. We’ll see if he can do that in New Orleans.

The Hornets also had the 10th pick and took Austin Rivers out of Duke. Rivers is kind of a wild card. He has a great deal of talent but didn’t always play to what some say is his full potential in college. He also has a reputation of being a bit of a ball hog, which he’ll have to get over if he wants to play on this team. He could be a huge part of the Hornet’s offense if he finds his role. New Orleans also drafted Davis’ college teammate Darius Miller with the 46th pick. I doubt he’ll play much of a role in his first season, but you never can be sure.

Now with a solid core of Davis, Rivers and Eric Gordon, the Hornets could be on their way to becoming a playoff team again. They are definitely going to be much better than last year. The real question is how high is the ceiling for Anthony Davis?

Houston – I guess the Rockets weren’t able to pull off the blockbuster trade for Dwight Howard. That didn’t come as a big surprise, but they did end up with three first round picks: 12, 16 and 18.

They drafted Jeremy Lamb from Connecticut, Royce White from Iowa State and Terrence Jones from Kentucky. Lamb was one of the last really solid, low-risk picks off the board in my opinion. I think he has a lot of talent and a high skill level for his size. If he plays more aggressively, he can be a great player in this league.

White’s biggest concern heading into the draft was whether or not his fear of flying would lower is stock. I guess the Rockets decided to take that chance and I think it will pay off because he’s a very solid player. Terrence Jones was another one of the record-setting 6 players taken out of Kentucky (no surprise they won the national championship, huh?). Jones has a few weaknesses shooting the ball but should be able to improve that with some NBA conditioning. Solid job by the Rockets to do the best they could after the Howard trade fell apart.

With the 17th pick they took Tyler Zeller out of North Carolina and traded him to the Cleveland Cavaliers for the 24th, 33rd and 34th picks. I guess the Cavs really wanted Zeller because they gave up a good deal of picks for him. Dallas used those three picks to grab Jared Cunningham from Oregon State, Bernard James from Florida State and Jae Crowder from Marquette. I’m a little biased on this one because I love watching Crowder play. He was the Big East player of the year last year and he plays with a lot of heart. He’s undersized but his determination will take him far in the NBA.

I haven’t seen a lot of Cunningham and James but with three solid picks, the Mavericks are definitely going to be a lot younger next year with some possible talent for the future. That being said, a big part of their success next year is going to be determined by the trades they can make this offseason.

Memphis
– The Grizzlies only added one new player to their team last night, Tony Wroten, Jr. out of Washington. Wroten is a good-sized point guard and could be a solid back up to Mike Conley. He’ll add some depth at the guard position to a team that’s very solid in the post. It was a solid pick by Memphis, we’ll see if it pans out.