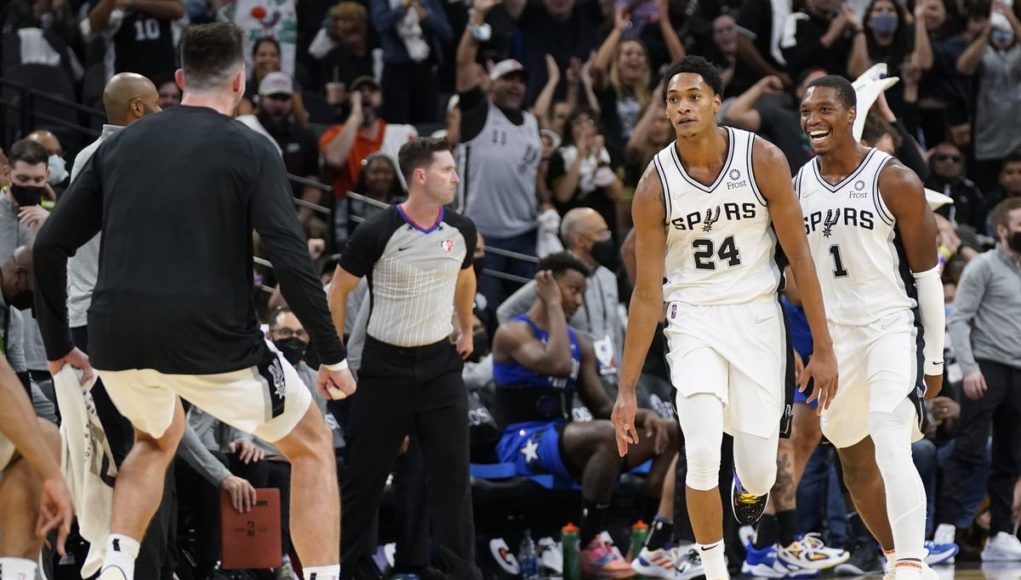 Every season, a handful of young NBA players have meaningful improvements in their game that vault them from rotation player to key piece for their team’s future. This season, I’ll keep up with 3 of the most likely and impactful breakout candidates on the San Antonio Spurs, checking in on their growth each month. In this first piece, I’ll look into how their careers have gone so far.

Walker is probably in his last season before he ages out of this list. Early in his career, fans were excited for the potential for Walker to grow into the player that Keldon Johnson is becoming, an athletic wing who can use his length and strength to get to the rim at will.

His ideal game at this point, however, may be a 3-and-D wing with the ability to be a third or fourth option off-the-dribble. While his ‘3’ and his ‘D’ would need to improve to be considered one of the League’s premier 3-and-D wings, he has continued to make shifts towards that playstyle over his career. Last season, 46.3% of Walker’s attempted field goals were 3 point attempts.

While Walker has not been an efficient player over the course of his career (posting 51.3% true shooting in his first three seasons in the NBA, 5.6% worse than league average over that span), if he can continue improving his 3 point percentage and defense, he can prove to be a valuable part of the San Antonio Spurs’ wing depth for many future seasons.

After having an incredibly efficient stretch of games in the NBA Bubble in the late summer of 2020 (20% higher than league average true shooting and a free throw rate of 0.586), his offensive burden has grown. After having a usage rate of just 16% in the Bubble, Johnson had a usage of 19.2% last season.

If Johnson can find ways to continue to increase his usage while capturing some of the efficiency he had in the Bubble, the Spurs could have an off-the-dribble creator who can make his own shot when the offense bogs down, a role that the San Antonio Spurs lack outside of Derrick White for the coming season.

Vassell is the most obvious member of this list. If he improves his 3-point shooting to above league average, he will be a valuable player to the Spurs this season. Vassell likes to put the ball on the floor and pull-up inside the arc more than would be expected for a player with his skill set, however, and he has been inefficient on 2’s in both college and in the NBA. What boosted his efficiency in college despite poor 2 point shooting was his ability to get to the free-throw line. His free throw rate in his last season in college was .221, a number that dropped to .168 in his rookie season.

Vassell has the potential to be the Spurs’ biggest, most surprising, and most impactful breakout player if his defense continues to improve, he is able to raise his 3 point percentage to the high 30’s, and if he is able to draw more fouls to get to the free-throw line.

All stats from basketball-reference.com