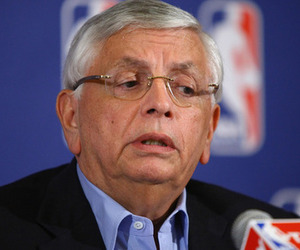 As owners and players met today in the hopes of hammering out a new CBA and put an end to the NBA lockout, comes word that the rest of the preseason games are likely to be canceled and early regular season games are now in jeopardy according to NBPA president Derek Fisher.

Fisher: We anticipate the rest of preseason cancelled and faced with early part of regular season in jeopardy (via hoopshype.com)

And with no scheduled meeting in the near future, this will more than likely mean games will be lost.

So what does this mean for the San Antonio Spurs should the start of the NBA season be postponed?

Manu Ginobili might just strongly consider playing Italy despite his agent’s firm statement that Manu has not agreed to play for Virtus Bologna. Tony Parker will feel more confident about his decision to play in France. It will give Tiago Splitter more time to recover from his nagging injuries as he has already stated. And DeJuan Blair will continue to stay in game shape playing in Russia.

But at the same time it does delay the integration of Spurs’ rookies Cory Joseph and Kawhi Leonard. Good thing the rooks got in some time with veterans Tim Duncan and Parker.

From Da’Sean Butler, James Anderson and many other Spurs, this lockout will have huge ripple effects but in the end, Spurs and NBA fans will suffer.

What do you have to say Spurs fans? How will you cope should games be lost due to the lockout?