Billy Kennedy was recently promoted as head coach of the Texas A & M University men’s basketball program. In his past, Kennedy spent some time in the San Antonio Spurs organization as a part-time scout, he knew head coach Gregg Popovich and General R.C. Buford very well. 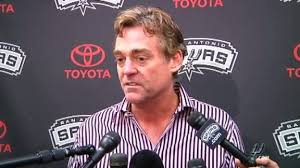 Jimmy Burch of the Star-Telegram writes Kennedy views Buford as a mentor as he heads the Aggies in a new direction.

Kennedy, who worked as a part-time scout for the San Antonio Spurs during his initial stint at A&M, has maintained relationships through the years with Spurs coach Gregg Popovich and Spurs general manager R.C. Buford, a person Kennedy identified as a mentor and “one of my better friends in the business.”

“The biggest thing I’ve learned from him is to develop those people around you and help them get jobs. If you focus on developing people and caring about them, it will come back ten-fold,” Kennedy said. “Basketball-wise, I’ve stolen a lot of what they do. We do a lot of the same things offensively. But we have to do it without Tim Duncan.”

This is another example of the Spurs’ culture making an impact in other areas outside of the organization. Not only is it a winning structure, but it makes the idea of team and family combine to create long term success for individuals in the past, present, and future. There’s a reason the Spurs are still one, if not the top model franchise in the NBA today and arguably over the last decade.