As I was walking into the Cedar Park Center from the back gate this past Saturday evening, from a distance I could see the basketball court and a few basketballs being shot into the air.

As I approached the basketball court, I saw a player working with his trainer and doing shooting drills. He wore his pre-game sweats and the number on the back bore “10.”

Carldell “Squeaky” Johnson has been a member of the Austin Toros since the 2007 season. He is the veteran with the team and this will be his fourth season with the Toros pending he doesn’t get called up to an NBA team.

After following the San Antonio Spurs and the Gregg Popovich era for a number of seasons, you already know what type of character players would be associated with the Spurs: talented, defensive minded and display great professionalism.

Squeaky Johnson possesses all of these characteristics.

Whether he’s driving and dropping a teardrop through the lane, crossing over a defender to get into the paint or dishing to one of his teammates on a breakaway dunk, Johnson runs the floor with cadence and control.

Johnson is a team-oriented player and knows in order to improve, the whole team must work hard. I asked him what his team has been improving on.

“Running the floor and getting transition buckets, we are continually trying to harp on that and improve, so I think we’re getting better and better at that.”

But what about the nickname “Squeaky” and its evolution?

“Lavern and Shirley the TV show. Originally, Squiggy from my parents, but then I had the Squiggy point in my head; but then it went from Squiggy to Squeaky, from Squeaky “clean steals” from when I played defense and it’s Squeaky 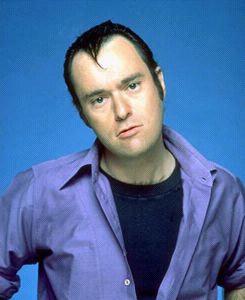 Johnson has a point about clean steals. Since he’s been with the Toros he’s averaged 1.3 steal per game. I saw his defense firsthand; in the game I saw him play on Saturday, he had three steals.

Johnson displays constant professionalism. From staying disciplined in his pre-game drilling, to meeting him in person. He was professional in his responses and you can also see his humility is his “Squeak TV series.” During the game, he never let his emotions come out. He had the same demeanor on the floor from beginning to end. Defense is the key he stresses.

“I think we got presence, like guys that are capable of playing defense. Especially with Marcus (Cousin) rebounding, so we can finish our possessions and I think that’s becoming the strong part of our team.”

This season the Toros are within reach of a playoff seed and Johnson still believes his team has a chance at getting a playoff seed for the postseason.

“Changes have been up and down, of course we’ve been winning the first 3 years. This year we started fast then slowed it up. Now we’re trying to get it back going, but ultimately, we just want to make the playoffs and get a chance at the championship. So you know? You can never sum the season up until it’s over.”

Through his four seasons, Johnson has had the opportunity to play with many players on the Toros. I asked him who was one of the key players he’s played with?

“I would say Darvin Ham, you know? Because he was a guy you watched breaking backboards and just being a tough-aggressive-tenacious player. I would say to be able to play with that guy would be one of the key guys I would say is a wow factor.”

The Toros were playing the New Mexico Thunderbirds on this particular evening and the Thunderbirds are coached by former NBA player Darvin Ham. When I asked Johnson how it felt playing against a former player now coaching he responded.

“It make me feel old, you know? I need to hurry up and make something happen. It’s great man, to see guys you’ve played with become coaches and ultimately that’s my goal, I want to be a coach one day when I stop playing. So hopefully, I can follow those same footsteps.”

Johnson is well on his way in that direction, he helps the younger players on the Toros by giving them guidance.

“The guys really listen, they’re guys that want to learn the game so I think it helps a lot being able to talk to those guys.”

Watching and meeting Squeaky Johnson, you can see the professionalism he carries himself by. This season he is averaging a career high in points and assists. Though his window of opportunity is steadily closing to make an NBA team, Johnson still has a great chance because he has three qualities that any organization would cherish. Talent, Defense and Professionalism.