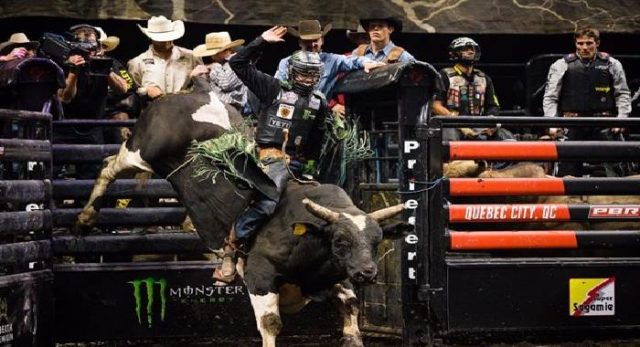 In front of a full capacity crowd of more than 18,000 medically cleared fans, the field of 20 participants will compete for their share of the $175,000 prize purse. Only one, of course, will earn the title of 2021 PBR Canada National Finals champion, and the $50,000 share of the purse that comes with it.

Leading the competitors in the arena is the top-ranked Dakota Buttar. Last year’s PBR Canada National Finals champion, Buttar has a strong 53-point lead in another successful campaign so far this year. His $30,500 in earnings also leads all riders entering the finals. If he can repeat as champion, he’ll be the first rider to win in back-to-back seasons. In order to do so, he’ll have to hold off a number of former champions in the process.

How to Watch the 2021 PBR Canada National Finals

The 2021 PBR Canada National Finals will be broadcast across Canada on TSN. Outside of Canada, however, watching the event may be difficult. In this case, we recommend you check out PremiumTV.

A non-contract, non-subscription service, PremiumTV brings you the biggest sports and entertainment events from around the world, no VPN needed. With PremiumTV, pay for what you watch without wasting money on channels you don’t use or forgetting to cancel trials. This weekend, PremiumTV has full access to both days of the 2021 PBR Canada National Finals for just $9.95