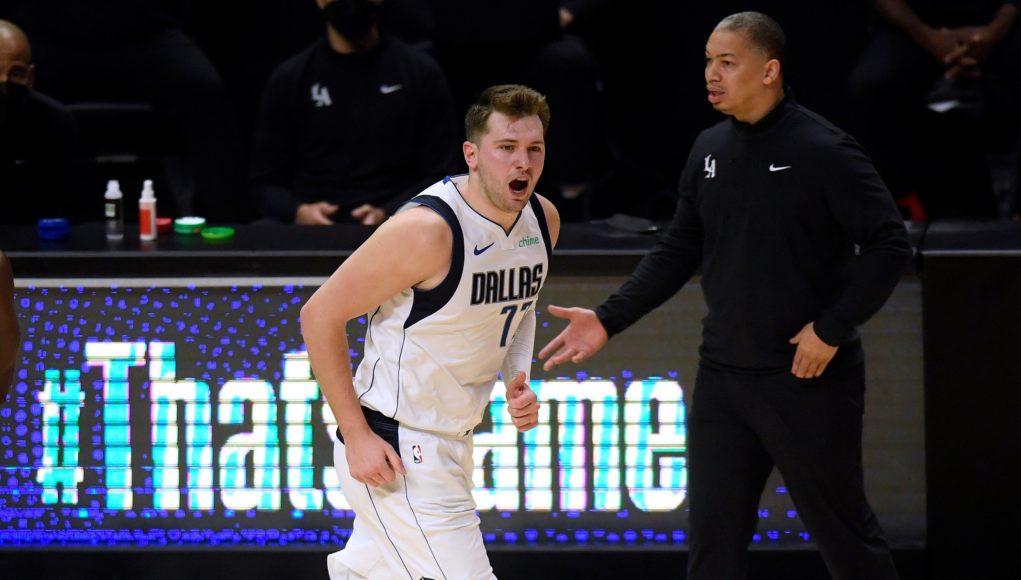 The 2021 NBA Playoffs officially kicked off on Saturday as eight of the 16 teams took the court to begin their journey to the NBA Finals. In case you missed it, here’s a recap of the first day of action.

The postseason opened with a thrilling game in Milwaukee as the Bucks held on for a 109-107 overtime victory over the Miami Heat in Game 1 of their first-round playoff series at the Fiserv Forum on Saturday afternoon.

Khris Middleton hit a 19-foot fade away jumper with 0.5 seconds remaining over Heat guard Duncan Robinson to lift the Bucks to victory.

The win comes after the Bucks fell to the Heat in the second round of 2020 NBA Playoffs, losing the series 4-1.

Jimmy Butler forced overtime with a driving layup against the tough defense of Antetokounmpo. With one final chance to win the game, Butler’s three-point attempt was blocked by Jrue Holiday as time expired.

Middleton led the Bucks with 27 points, six rebounds, and six assists. He went 3-for-9 from three-point range but there’s no doubt his biggest two points came in the final seconds of overtime.

Antetokounmpo finished with 26 points, 18 rebounds and five assists, but shot just 6-of-13 from the free-throw line, costing the Bucks a chance to close the game in regulation.

”I just tried to stay aggressive the whole game,” Antetokounmpo said. ”That’s what I’m going to try to do the whole series, miss or make.”

Holiday had 20 points and 11 rebounds and Brook Lopez chipped in 18 points and eight rebounds for Milwaukee, who scraped by with the win despite shooting a poor 16 percent from three-point range in the afternoon.

”We don’t need 3’s to win,” said Holiday, who missed all five of his 3-point attempts. ”We do a lot of everything.”

Goran Dragic scored 25 points to lead Miami, including a 3-pointer with 20.6 seconds left in overtime to tie the game. Butler added 17 points while adding 10 rebounds.

”The pressure was all on them,” said Dragic. ”They need to win at home. It was a close game. I feel like we had our chances, but unfortunately we didn’t take them.”

Saturday night’s marquee matchup was the playoff debut of the “big three” in Brooklyn as Kevin Durant, Kyrie Irving, and James Harden all took the court together for just the ninth time this season.

The Brooklyn Nets overcame a poor first half and used a strong second half to defeat the Boston Celtics 104-93 at the Barclays Center in Game 1 of their Eastern Conference first round series.

Boston came out strong, scoring taking the early nine point lead and led by six after the first quarter. The Nets’ star trio combined to shoot a poor 0-for-11 from three-point range in the first half.

However, that all changed in the second half. Durant finished the game with 32 points and 12 rebounds to lead Brooklyn. Irving scored 29 points and Harden chipped in 21 points, nine rebounds and eight assists.

”I think once your energy’s focused on the defensive side of the ball, it will start to turn for you,” Durant said. ”So you saw that for us in the second half.”

Luka Doncic burned the LA Clippers in the bubble last year in the playoffs and he wasted little time doing the same thing this year.

Doncic scored 31 points and the Dallas Mavericks defeated the Clippers 113-103 in Game 1 of their Western Conference first-round series on Saturday afternoon at Staples Center.

When the Clippers sent two players at Doncic, his teammates were ready. Tim Hardaway Jr. had 21 points, Dorian Finney-Smith added 18, and Kristaps Porzingis chipped in 14 points.

”We’re a strength-in-numbers operation,” Dallas Head Coach Rick Carlisle said. ”Luka is a great player and KP is a great player, but as a team we know that everybody has got to be ready and pull their weight when called upon.”

Doncic 11 assists and 10 rebounds to go along with his 31 points on the day. He and Hardaway Jr. made five 3-pointers each as the Mavericks finished the game shooting 47 percent from beyond the arc.

It was a different story for the Los Angeles, who shot just 27 percent from three. Kawhi Leonard had 26 points and 10 rebounds and Paul George added 23 points. The two-headed snake of the Clippers shot just 3-for-14 on three-pointers.

”We had a lot of bad plays, a lot of breakdowns, but when we were dialed in we had a great stretch where we took over the game,” George said. ”That’s just got to be us all 48 minutes.”

The final game of the day saw the Denver Nuggets lose home court and fall 123-109 to the Portland Trail Blazers at Ball Arena on Saturday night.

Damian Lillard scored 34 points and CJ McCollum added 21 points for Portland, who took the home court edge with the Game 1 win. Carmelo Anthony helped out by chipping in 18 points.

The Blazers did most of their damage from beyond the arc, hitting 19-of-40. They outscored Denver by 24 points from three-point range. The Nuggets only connected on 11 of their 36 three-point attempts.