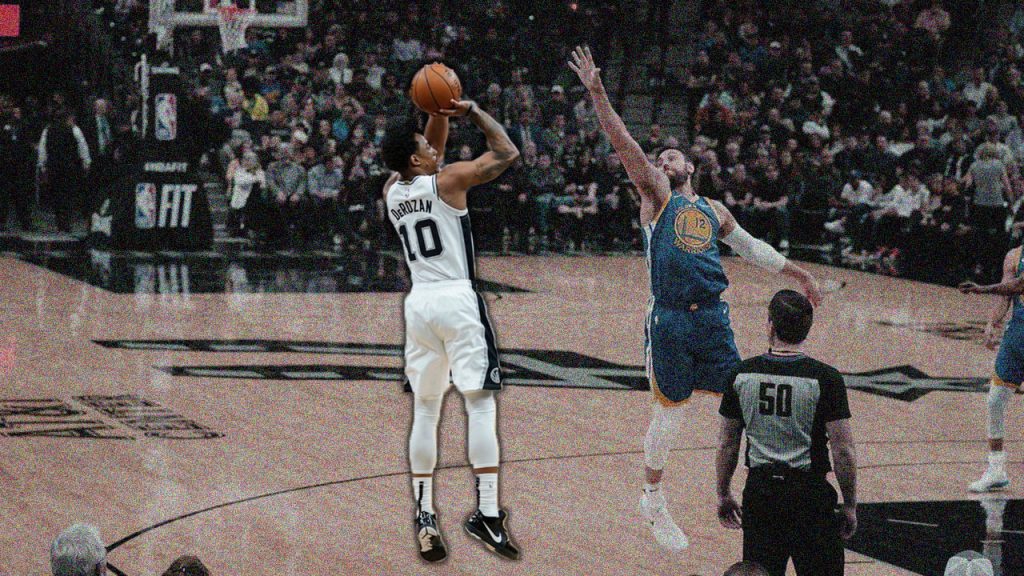 For the second offseason in a row, the San Antonio Spurs face a future of uncertainty.

The 2019-20 season could be the last for DeMar DeRozan and LaMarcus Aldridge in San Antonio.

Ettore Messina and Ime Udoka left the organization for advancement opportunities elsewhere. And head coach Gregg Popovich’s future hangs in the balance as he navigates between the Spurs, Team USA and his inevitable retirement.

Rarely do the Spurs operate in plain sight that allows everyone to see their short and long term plans. What the 2019 NBA Draft provides everyone outside of the Association’s circles is a clear path to their future.

San Antonio’s limited cap flexibility means there are only a few ways to generate cap space. The Spurs could renounce the rights to Rudy Gay, and trade one of their larger contracts to generate a decent amount of space. Though trading a piece like Patty Mills would also mean giving up a draft pick to incentivize the move.

Another way to tell the Spurs are trying to preserve cap space for free agency would be if the team decides to draft-and-stash with both first round selections. It would also help preserve roster spots for veteran free agents to fill out the roster.

For San Antonio, the best and more likely scenario would be to re-sign Rudy Gay and then use the Mid-Level Exception on a veteran wing. After that, using one draft pick on an NBA-ready player, and another on a draft and stash, maximizes San Antonio’s current and future assets.

Another variable at play is the dynamic changing landscape of the NBA. The constant chaos surrounding the league’s trade deadline and free agency is relatively new. A loaded free agent class paired with Golden State’s woes has teams ready to usurp the Western Conference throne.

The Los Angeles Lakers have taken over as the betting favorites to win it all next season. Despite trading for Anthony Davis, L.A.’s recent history tells us to be cautious in making any Lakers predictions.

The Houston Rockets continue to hinder their own success. Bloated contracts, aging stars and rumors of a frosty relationships in the front office have cast a shadow over the team’s future.

The Oklahoma City Thunder are over the salary cap with their four highest paid players. Two more players and you have the Portland Trail Blazers current situation.

The Denver Nuggets can get under the salary cap by walking away from Paul Millsap’s $30 million team option. Meanwhile, the Utah Jazz risk losing Ricky Rubio and Derrick Favors if they desire to want to go the free agency route.

Trading Kawhi Leonard to the Toronto Raptors grabbed all the headlines and hot takes, but reality is, this offseason means more for the Spurs.

Benchmarks to begin the 2019-20 campaign include a second season for DeRozan under Popovich. The tandem of Dejounte Murray and Derrick White harassing opposing guards every night. Spurs defenders funneling slashers into the wall that is Aldridge and Jakob Poeltl. A bench unit reminiscent of the 2014 “Beautiful Game” Spurs. But most importantly, a roster comprised of multiple young pieces ready to carry ‘The Spurs Way’ into the next generation. The same way it’s evolved and manifested over the last 22 seasons.

Your average organization doesn’t recover quickly from trading generational talents. Championship betting odds show San Antonio behind teams like the New York Knicks and Brooklyn Nets. Yet no team in the conference is better equipped for the present and future than the Spurs.

That realization will become clearer to others beginning Thursday night.